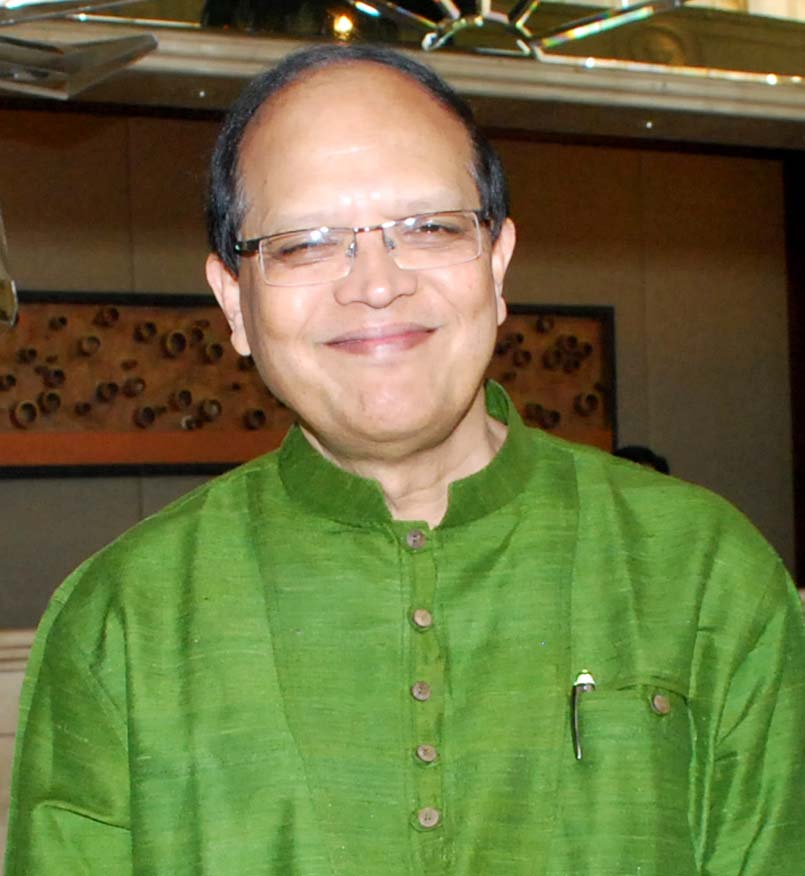 Atiur Rahman (Bengali: আতিউর রহমান;born 3 August 1951) is a Bangladeshi development economist, writer and banker. He served as the 10th Governor of Bangladesh Bank, which is the central bank of Bangladesh. He has also been called “the banker of the poor” for his contributions in developing the economy of Bangladesh. Atiur Rahman is credited for instituting changes in the banking industry of Bangladesh that greatly increased the foreign exchange reserves of the country and brought massive automation and digitization in the banking sector of Bangladesh. Achievements during his tenure include the creation of the National Payment Switch of Bangladesh; introducing automated check clearing for banks in Bangladesh using local currency cheques; starting mobile banking, which lets people carry out banking transactions via SMS (text messages) or apps; establishing the Bangladesh Electronic Funds Transfer Network (BEFTN), which is a system of transferring money from one bank account directly to another bank without paper money ever changing hands; and installing the Bangladesh Automated Clearing House (BACH), which permits rapid electronic inter-bank transfers within the country with automatic adjustment of accounts On 15 March 2016, he resigned as the governor of the central bank after the cyber hacking and theft of US$101 million in foreign reserves from the Bangladesh Bank account held at the Federal Reserve Bank of New York.

Atiur Rahman was born in a village in Jamalpur district in 1951. His father, who was a landless farmer, had received no schooling in his life. Rahman went to school but had to quit after grade III because of financial conditions.

He was able to resume his education shortly after, taking the final examination for grade VI. After grade VI, his principal showed him the Cadet Colleges’ admission circular, for his better education. But Atiur Rahman did not want to. Eventually, he was admitted to Mirzapur Cadet College in grade-VII. A school teacher of the village, Foyez Moulavi, collected charity funds to facilitate his admission. Considering his financial inability, the college authority granted him free tuition. Thus he could continue at the college, where he passed the SSC and HSC examinations, securing positions in the merit list both times.

He earned BSS and MSS degrees in economics from the University of Dhaka. With a Commonwealth scholarship, he went to SOAS, University of London to complete his Ph.D. in 1977. His thesis later came out as a book under the title Peasants and Classes published by the Oxford University Press.

Rahman was a planning officer in the Bangladesh Tourism Corporation in 1975. In 1994, he established a development NGO under the title “Unnayan Samannay”. He had worked at the Bangladesh Institute of Development Studies in different capacities for nearly 28 years and retired as Senior Research Fellow on 4 April 2006. He also served as director of the state-owned Sonali Bank, the largest in Bangladesh.

In 2001, government appointed him as the chairman of the board of directors of the Janata Bank, the second-largest in the country. In 2006, he joined the University of Dhaka in the Department of Development Studies as a professor.[16] Also, he served in Mohammed Yunus’ National Task Force on Poverty Eradication. He was also involved in the management of a number of socio-cultural organisations including Credit Development Forum, Monajatuddin Smriti Sangsad, Bangladesh Economic Association and Asiatic Society and Bangla Academy. Rahman focused his work in the area of poverty alleviation, engaging in first-hand research to find the causes of poverty and means of remedy. He worked specifically with shoal dwellers and poverty alleviation. On 29 April 2009, Rahman was appointed as the 10th governor of Bangladesh Bank, the central bank of the country, for a tenure of four years. He assumed the title on 3 May 2009 and was reappointed until July 2016.

Governor of the central bank

As governor of the Central Bank of Bangladesh, he took steps in developing the economy of his country by instituting programs such as a women entrepreneur’s loan, a loan for landless farmers and special programs around Green Finance.[19] Rahman worked to bring automation and digitization into the banking sector of Bangladesh by creating the National Payment Switch of Bangladesh; introducing automated check clearing for banks in Bangladesh using local currency cheques; starting mobile banking, which lets people carry out banking transactions via SMS (text messages) or apps; establishing the Bangladesh Electronic Funds Transfer Network (BEFTN); instituting the Bangladesh Automated Clearing House (BACH), which permits rapid electronic inter-bank transfers within the country with automatic adjustment of accounts; etc. BEFTN is a system of transferring money from one bank account directly to another bank without paper money changing hands. The foreign exchange reserves of Bangladesh quadrupled during his tenure as governor of the central bank. In March 2016, Rahman resigned from his post following the 2016 Bangladesh Bank heist. He submitted his resignation letter to Prime Minister Sheikh Hasina on 15 March 2016. Fazle Kabir was selected as the new governor the same day. Before the resignation was made public, Rahman stated that he would resign if it would benefit his country. Two days after his resignation, he returned to his position as professor at the Department of Development Studies at the University of Dhaka.