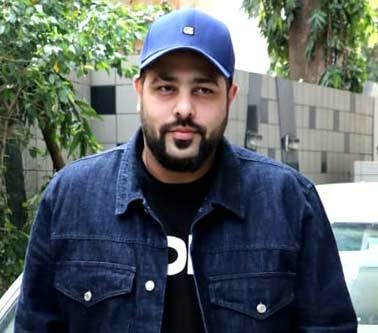 Aditya Prateek Singh Sisodia, better known by his stage name Badshah, is an Indian rapper and singer known for his Hindi, Haryanvi, and Punjabi songs. He started his career in 2006 alongside Yo Yo Honey Singh in his hip hop group Mafia Mundeer. He split from Honey in 2012 and released his independent Haryanvi song Kar Gayi Chull, which was later adopted into the 2016 Bollywood movie, Kapoor & Sons. His music has been featured in Bollywood soundtracks for films such as 2014 films Humpty Sharma Ki Dulhania and Khoobsurat.

His debut single, “DJ Waley Babu” featuring Aastha Gill, was ranked number one on the Indian iTunes charts within 24 hours of the release. The song crossed a million views on YouTube within 30 hours. In 2016, he collaborated with Navv Inder on “Wakhra Swag” which won the 2016 Punjabi Music Awards for best duo/group and most popular song of the year award. Although the rapper doesn’t consider himself as a singer, but songs such as Tareefan, Bolo Har Har Har, and Aao Kabhi Haveli Pe established him as one of the finest playback singer in the industry with a nomination into the Filmfare for Tareefan.

He has appeared in Forbes India’s Celebrity 100 in 2017, 2018 and 2019 as one of the highest-paid celebrities in India. In 2019, he launched his brother Uchana Amit with track “Kamaal” which was one of his biggest hits from 2019. His most notable yet underrated work could be taken as his rap in the patriotic number Vande Mataram from the movie ABCD 2.

Ever since 2016, roughly each of his commercial works have been topping charts including the YouTube Music Video Charts, BBC Asian Network Charts, other several Indian radio and Indian streaming charts as well. As of 2020, nine of his songs peaked on World Digital Song Sales chart by Billboard.

His work, ‘Genda Phool’ came out to be commercially one of the most successful yet controversial number in the Indian history, additionally it topped the YouTube Music Charts for two weeks with few more days and gained international listeners and attracted several other artists as well from around the world.

Badshah was born in Delhi, to a father from Haryana and a mother from Punjab. He is married to Jasmine.

He completed his schooling from Bal Bharti Public School, Pitampura, Delhi where he performed with his school choir. Prior to becoming a full-time musician he enrolled as a math student at the prestigious Banaras Hindu University in Varanasi before moving to civil engineer at PEC, Chandigarh, where he was exposed to new Punjabi music which promoted him to take on “rap” writing. He has stated that if he had not become a rapper, he may have become an IAS officer.

He started his career in the music industry with the name “Cool Equal”, but then changed his name to Badshah.

His 2019 song “Paagal” reached 74.8 million views on YouTube within 24 hours, setting the record for the most-viewed video in 24 hours on YouTube. BTS fans claimed that the artist had bought the views to cross the global record due to his low number of likes in the first 24 hours, but YouTube did not confirm whether the views are real or fake. The song also did not appear in the 100-position Global Top Music Videos chart for the week. However, Badshah denied it was fake views, but admitted his record label Sony Music India bought paid ads.

An explanation for YouTube not acknowledging the record was that Badshah’s record label Sony Music India had purchased advertisements from Google and YouTube that embedded the video or directed fans to it in some way. However, it has emerged that this is a common practice in the global music industry, and that similar practices had previously been used by the record labels of previous record holders such as Ariana Grande and Blackpink. This has cast doubt on some of the 24-hour viewership records on YouTube.

His song “Genda Phool” was released by Sony Music India in 2020. It had mixing with a Bengali folk song “Boro Loker Biti Lo”. Ratan Kahar, a Bengali artist, claimed to be the original writer and composer of the folk song. Though Badshah later released a statement saying that it was a traditional Baul folk song which was not copyrighted, since folk music does not fall under copyright protections and is thus in the public domain.