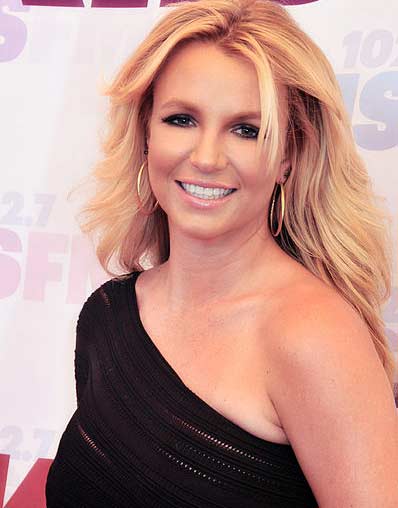 Britney Jean Spears (born December 2, 1981) is an American singer, songwriter, dancer, and actress. She is credited with influencing the revival of teen pop during the late 1990s and early 2000s, for which she is referred to as the “Princess of Pop”.

Born in McComb, Mississippi and raised in Kentwood, Louisiana, she appeared in stage productions and television series before signing with Jive Records in 1997. Spears’s first two studio albums, …Baby One More Time (1999) and Oops!… I Did It Again (2000), were global successes and made her the best-selling teenage artist of all time. Spears adopted more mature and provocative themes for her next two studio albums, Britney (2001) and In the Zone (2003), and made her feature film debut in a starring role in Crossroads (2002). Following a series of heavily publicized personal struggles and erratic public behavior beginning in 2006, Spears’s career was interrupted, before the release of her fifth studio album Blackout (2007), which is often critically referred to as her best work. Spears’ personal struggles led her to be placed on a still ongoing conservatorship. She returned to the top of record charts with her sixth and seventh studio albums, Circus (2008) and Femme Fatale (2011), respectively. In 2012, Forbes reported that Spears was the highest paid female musician of the year, with earnings of $58 million, having last topped the list in 2002. During the promotion of her eighth and ninth studio albums, Britney Jean (2013) and Glory (2016), Spears embarked on a four-year concert residency, Britney: Piece of Me, at Planet Hollywood Resort & Casino in Las Vegas. In 2019, Spears announced an indefinite career hiatus and was later admitted involuntarily into a mental health facility by her conservator, leading to a court-led investigation into malpractice conducted by her team.

Spears has scored six solo number one albums on the Billboard 200, making her the third best performing female artist on the chart. Four of Spears’s singles have reached number one on the US Billboard Hot 100: “…Baby One More Time”, “Womanizer”, “3”, and “Hold It Against Me”. Other singles, “Oops!… I Did It Again”, “Toxic”, and “Scream & Shout”, topped the charts in most countries. With “3” in 2009 and “Hold It Against Me” in 2011, she became the second artist after Mariah Carey in the Hot 100’s history to debut at number one with two or more songs. Spears has earned numerous awards and accolades, including a Grammy Award; seven Guinness World Records; six MTV Video Music Awards, including the Michael Jackson Video Vanguard Award; seven Billboard Music Awards, including the Millennium Award; the inaugural Radio Disney Icon Award; and a star on the Hollywood Walk of Fame.

Billboard ranked her as the eighth-biggest artist of the 2000s decade. One of the world’s best-selling music artists, Spears is regarded as a pop icon and has sold 100 million records worldwide, including over 70 million records in the United States. In the United States, Spears is the fourth best-selling female album artist of the Nielsen SoundScan era as well as the best-selling female album artist of the 2000s. In 2004, Spears launched a perfume brand with Elizabeth Arden, Inc.; sales exceeded US$1.5 billion as of 2012. Spears has topped the list of most searched celebrities seven times in 12 years, a record since the inception of the internet.

Britney Jean Spears was born on December 2, 1981 in McComb, Mississippi, the second child of Lynne Irene Bridges and James Parnell Spears. Her maternal grandmother, Lillian Portell, was English (born in London), and one of Spears’s maternal great-great-grandfathers was Maltese. Her siblings are Bryan James and Jamie Lynn Spears. She was born in the Bible Belt, where socially conservative evangelical Protestantism is a particularly strong religious influence; Spears was baptized as a Southern Baptist and sang in a church choir as a child. As an adult, she has studied Kabbalist teachings.

At age three, she started attending dance lessons in her hometown of Kentwood, Louisiana, and was selected to perform as a solo artist at the annual recital. Spears made her local stage debut at age five, singing “What Child Is This?” at her kindergarten graduation. During her childhood, she also had gymnastics and voice lessons, and won many state-level competitions and children’s talent shows. She said about her ambition as a child, “I was in my own world, I found out what I’m supposed to do at an early age”.

At age eight, Spears and her mother Lynne traveled to Atlanta, Georgia to audition for the 1990s revival of The Mickey Mouse Club. Casting director Matt Casella rejected her as too young, but introduced her to Nancy Carson, a New York City talent agent. Carson was impressed with Spears’s singing and suggested enrolling her at the Professional Performing Arts School; shortly after, Lynne and her daughters moved to a sublet apartment in New York.

Spears was hired for her first professional role as the understudy for the lead role of Tina Denmark in the Off-Broadway musical Ruthless!. She also appeared as a contestant on the popular television show Star Search and was cast in a number of commercials. In December 1992, she was cast in The Mickey Mouse Club alongside Christina Aguilera, Justin Timberlake, Ryan Gosling, and Keri Russell. After the show was canceled in 1996, she returned to Mississippi and enrolled at McComb’s Parklane Academy. Although she made friends with most of her classmates, she compared the school to “the opening scene in Clueless with all the cliques. I was so bored. I was the point guard on the basketball team. I had my boyfriend, and I went to homecoming and Christmas formal. But I wanted more.”

In June 1997, Spears was in talks with manager Lou Pearlman to join the female pop group Innosense. Lynne asked family friend and entertainment lawyer Larry Rudolph for his opinion and submitted a tape of Spears singing over a Whitney Houston karaoke song along with some pictures. Rudolph decided that he wanted to pitch her to record labels, for which she needed a professional demo made. He sent Spears an unused song of Toni Braxton; she rehearsed for a week and recorded her vocals in a studio with a sound engineer. Spears traveled to New York with the demo and met with executives from four labels, returning to Kentwood the same day. Three of the labels rejected her, saying that audiences wanted pop bands such as the Backstreet Boys and the Spice Girls, and “there wasn’t going to be another Madonna, another Debbie Gibson, or another Tiffany.”

Two weeks later, executives from Jive Records returned calls to Rudolph. Senior vice president of A&R Jeff Fenster said about Spears’s audition that “it’s very rare to hear someone that age who can deliver emotional content and commercial appeal…For any artist, the motivation—the ‘eye of the tiger’—is extremely important. And Britney had that.” Spears sang Houston’s “I Have Nothing” (1992) for the executives, and was subsequently signed to the label. They appointed her to work with producer Eric Foster White for a month, who reportedly shaped her voice from “lower and less poppy” delivery to “distinctively, unmistakably Britney.” After hearing the recorded material, president Clive Calder ordered a full album. Spears had originally envisioned “Sheryl Crow music, but younger; more adult contemporary.” She felt secure with her label’s appointment of producers, since “It made more sense to go pop, because I can dance to it—it’s more me.” She flew to Cheiron Studios in Stockholm, Sweden, where half of the album was recorded from March to April 1998, with producers Max Martin, Denniz Pop and Rami Yacoub, among others.

Spears is described as a pop singer and generally explores the genre in the form of dance-pop. Following her debut, she was credited with influencing the revival of teen pop in the late 1990s. Rob Sheffield of Rolling Stone wrote: “Spears carries on the classic archetype of the rock & roll teen queen, the dungaree doll, the angel baby who just has to make a scene.” In a review for …Baby One More Time, Stephen Thomas Erlewine of AllMusic referred to her music as a “blend of infectious, rap-inflected dance-pop and smooth balladry.” Oops!…I Did It Again saw Spears working with several contemporary R&B producers, which led to “a combination of bubblegum, urban soul, and raga.” Her third studio album, Britney derived from the teen pop niche ” hythmically and melodically”, but was described as “sharper, tougher than what came before”, incorporating genres such as R&B, disco and funk.

Spears has explored and heavily incorporated the genres of electropop and dance music in her records, as well as influences of urban and hip hop which are most present in In the Zone and Blackout. Femme Fatale and Britney Jean were also heavily influenced by electronic music genres.

The music found on …Baby One More Time and Oops!… I Did It Again generally explores themes such as love and relationships from a teenager’s point of view. After the enormous success of her first two studio albums, Spears’s team and producers wanted to maintain the formula that took her to the top of the charts. Spears, however, was no longer satisfied with the sound and themes covered on her records. She co-wrote five songs and choose each track’s producer on Britney, her third studio album, which lyrics address the subjects of reaching adulthood, sexuality and self-discovery. Sex, dancing, freedom and love continued to be Spears’s music main subjects on her subsequent albums. Her fifth studio album, Blackout, also address issues such as media scrutiny and fame, most notably in “Piece of Me”.

She is listed by the Guinness World Records as having the “Best-selling album by a teenage solo artist” for her debut album …Baby One More Time which sold over thirteen million copies in the United States. Melissa Ruggieri of the Richmond Times-Dispatch reported: “She’s also marked for being the best-selling teenage artist. Before she turned 20 in 2001, Spears had sold over 37 million albums worldwide”.

As of 2017, according to the BBC, she has sold 100 million records worldwide, making her one of the best-selling music artists of all time; and more than 70 million records in United States, including 36.9 million digital singles and 33.6 million digital albums. Spears is also recognized as the best-selling female albums artist of the 2000s in the United States, as well as the fifth overall.[10] In December 2009, Billboard ranked Spears the 8th Artist of the 2000s decade in the United States. She is one of the few artists in history to have had a number-one single and a number-one studio album in the US during each of the three decades of her career. With “3” in 2009 and “Hold It Against Me” in 2011, she became the second artist after Mariah Carey in the Hot 100’s history to debut at number one with two or more songs. In 2016, Spears ranked at number twenty on Billboard’s Greatest Of All Time Top Dance Club Artists list.

The contents of this page are sourced from Wikipedia article on 22 July 2020. The contents are available under the CC BY-SA 4.0 license.