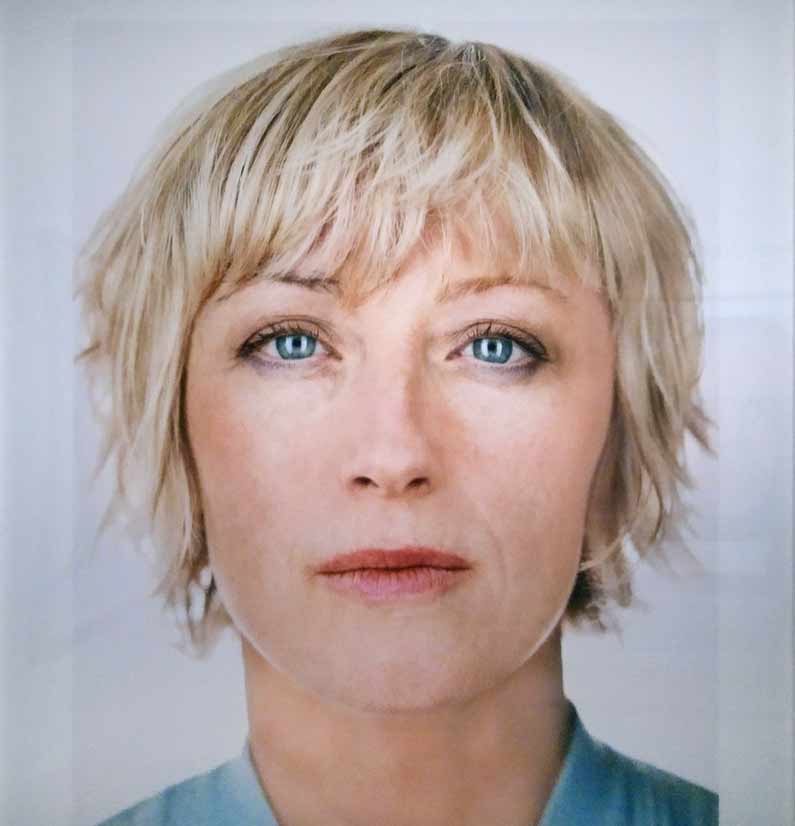 Cynthia Morris Sherman (born January 19, 1954) is an American artist whose work consists primarily of photographic self-portraits, depicting herself in many different contexts and as various imagined characters.

Her breakthrough work is often considered to be “Complete Untitled Film Stills,” a series of 70 black-and-white photographs of herself in many of the roles of women in performance media (especially arthouse films and popular B-movies). In the 1980s, Sherman used color film and large prints, and focused more on costume, lighting and facial expression.

In 1995, Sherman was the recipient of a MacArthur Fellowship. In 2013 she received an honorary doctorate degree from the Royal College of Art, London.

Sherman was born on January 19, 1954, in Glen Ridge, New Jersey, the youngest of the five children of Dorothy and Charles Sherman. Shortly after her birth, her family moved to the township of Huntington, Long Island. Her father worked as an engineer for Grumman Aircraft. Her mother taught reading to children with learning difficulties.

In 1972, Sherman enrolled in the visual arts department at Buffalo State College, where she began painting. During this time, she began to explore the ideas which became a hallmark of her work: She dressed herself as different characters, cobbled together from thrift-store clothing.[8] Frustrated with what she saw as the limitations of painting as a medium of art, she abandoned it and took up photography. “[T]here was nothing more to say [through painting]”, she recalled. “I was meticulously copying other art, and then I realized I could just use a camera and put my time into an idea instead.” Sherman has said about this time: “One of the reasons I started photographing myself was that supposedly in the spring one of my teachers would take the class out to a place near Buffalo where there were waterfalls and everybody romps around without clothes on and takes pictures of each other. I thought, ‘Oh, I don’t want to do this. But if we’re going to have to go to the woods I better deal with it early.’ Luckily we never had to do that.” She spent the remainder of her college education focused on photography. Though Sherman had failed a required photography class as a freshman, she repeated the course with Barbara Jo Revelle, whom she credited with introducing her to conceptual art and other contemporary forms. At college she met Robert Longo, a fellow artist who encouraged her to record her process of “dolling up” for parties. This was the beginning of her Untitled Film Still series.

In 1974, together with Longo, Charles Clough and Nancy Dwyer, she created Hallwalls, an arts center intended as a space that would accommodate artists from diverse backgrounds. Sherman was also exposed to the contemporary art exhibited at the Albright-Knox Art Gallery, the two Buffalo campuses of the SUNY school system, Media Studies Buffalo, and the Center for Exploratory and Perceptual Arts, and Artpark, in nearby Lewiston, N.Y.

It was in Buffalo that Sherman encountered the photo-based conceptual works of artists Hannah Wilke, Eleanor Antin, and Adrian Piper. Along with artists like Laurie Simmons, Louise Lawler, and Barbara Kruger, Sherman is considered to be part of the Pictures Generation.

Sherman works in series, typically photographing herself in a range of costumes. To create her photographs, Sherman shoots alone in her studio, assuming multiple roles as author, director, make-up artist, hairstylist, wardrobe mistress, and model.

Bus Riders (1976–2000) is a series of photographs that feature the artist as a variety of meticulously observed characters. The photographs were shot in 1976 for the Bus Authority for display on a bus. Sherman used costumes and make-up, including blackface, to transform her identity for each image, and the cutout characters were lined up along the bus’s advertising strip. Some critiques say that this work showed insensitivity to race through the use of blackface makeup while others state that it was rather with the intention of exposing racism embedded in society.

Other early works involved cutout figures, such as the Murder Mystery and Play of Selves.

In her landmark photograph series Untitled Film Stills, (1977–80), Sherman appears as B-movie and film noir actresses. When asked if she considers herself to be acting in her photographs, Sherman said, “I never thought I was acting. When I became involved with close-ups I needed more information in the expression. I couldn’t depend on background or atmosphere. I wanted the story to come from the face. Somehow the acting just happened.”

Many of Sherman’s photo series, like the 1981 Centerfolds, call attention to stereotypes of women in films, television and magazines. When talking about one of her centerfold pictures Sherman stated, “In content I wanted a man opening up the magazine suddenly look at it with an expectation of something lascivious and then feel like the violator that they would be looking at this woman who is perhaps a victim. I didn’t think of them as victims at the time… Obviously I’m trying to make someone feel bad for having a certain expectation”.

She explained to The New York Times in 1990, “I feel I’m anonymous in my work. When I look at the pictures, I never see myself; they aren’t self-portraits. Sometimes I disappear.”[20] She describes her process as intuitive, and that she responds to elements of a setting such as light, mood, location, and costume, and will continue to change external elements until she finds what she wants. She has said of her process, “I think of becoming a different person. I look into a mirror next to the camera…it’s trance-like. By staring into it I try to become that character through the lens … When I see what I want, my intuition takes over—both in the ‘acting’ and in the editing. Seeing that other person that’s up there, that’s what I want. It’s like magic.”