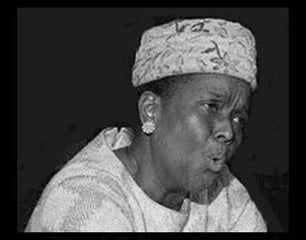 Ella Josephine Baker (December 13, 1903 – December 13, 1986) was an African-American civil rights and human rights activist. She was a largely behind-the-scenes organizer whose career spanned more than five decades. In New York City and the South, she worked alongside some of the most noted civil rights leaders of the 20th century, including W. E. B. Du Bois, Thurgood Marshall, A. Philip Randolph, and Martin Luther King Jr. She also mentored many emerging activists, such as Diane Nash, Stokely Carmichael, Rosa Parks, and Bob Moses, whom she first mentored as leaders in the Student Nonviolent Coordinating Committee (SNCC).

Baker criticized professionalized, charismatic leadership; she promoted grassroots organizing, radical democracy, and the ability of the oppressed to understand their worlds and advocate for themselves. She realized this vision most fully in the 1960s as the primary advisor and strategist of the SNCC. Baker has been called “one of the most important American leaders of the twentieth century and perhaps the most influential woman in the civil rights movement.” She is known for her critiques not only of racism within American culture, but also of sexism within the civil rights movement.

Ella Josephine Baker was born on December 13, 1903, in Norfolk, Virginia, to Georgiana (called Anna) and Blake Baker, and first raised there. She was the second of three surviving children, bracketed by her older brother Blake Curtis and younger sister Maggie.[6] Her father worked on a steamship line that sailed out of Norfolk, and so was often away. Her mother took in boarders to earn extra money. In 1910, Norfolk had a race riot in which whites attacked black workers from the shipyard. Her mother decided to take the family back to North Carolina while their father continued to work for the steamship company. Ella was seven when they returned to her mother’s rural hometown near Littleton, North Carolina.

As a child, Baker grew up with little influence. Her grandfather Mitchell had died, and her father’s parents lived a day’s ride away. She often listened to her grandmother, Josephine Elizabeth “Bet” Ross, tell stories about slavery and leaving the South to escape its oppressive society. At an early age, Baker gained a sense of social injustice, as she listened to her grandmother’s horror stories of life as a slave. Her grandmother was beaten and whipped for refusing to marry another slave her owner chose, and told Ella stories of life as an African-American woman during this period. Giving her granddaughter context to the African-American experience helped Ella understand the injustices black people still faced.

In 1967 Baker returned to New York City, where she continued her activism. She later collaborated with Arthur Kinoy and others to form the Mass Party Organizing Committee, a socialist organization. In 1972 she traveled the country in support of the “Free Angela” campaign, demanding the release of activist and writer Angela Davis, who had been arrested in California as a communist. Davis was acquitted after representing herself in court.

Baker also supported the Puerto Rican independence movement and spoke out against apartheid in South Africa. She allied with a number of women’s groups, including the Third World Women’s Alliance and the Women’s International League for Peace and Freedom. She remained an activist until her death in 1986 on her 83rd birthday.

Baker was a very private person. Many people close to her did not know that she was married for 20 years to T. J. “Bob” Roberts. Baker kept her own surname. She left no diaries.