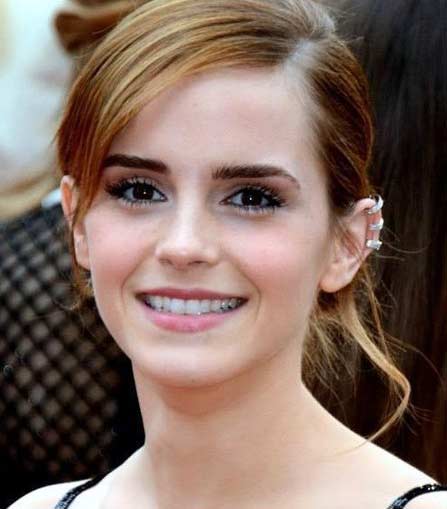 Emma Charlotte Duerre Watson (born 15 April 1990) is an English actress, model, and activist. Born in Paris and brought up in Oxfordshire, Watson attended the Dragon School and trained as an actress at the Oxford branch of Stagecoach Theatre Arts. As a child, she rose to prominence with her first professional acting role as Hermione Granger in the Harry Potter film series, having acted only in school plays previously.

Watson also appeared in the 2007 television adaptation of the novel Ballet Shoes and lent her voice to The Tale of Despereaux (2008). After the last Harry Potter film, she took on starring and supporting roles in My Week with Marilyn (2011), The Perks of Being a Wallflower (2012) and The Bling Ring (2013), made an appearance as an exaggerated version of herself in This Is the End (2013), and played the title character’s adopted daughter in Noah (2014). She went on to star as Belle in the musical romantic fantasy Beauty and the Beast (2017) and Meg March in the coming-of-age film Little Women (2019), the latter of which was nominated for the Academy Award for Best Picture. Her other film roles include Regression (2015), Colonia (2015), and The Circle (2017).

From 2011 to 2014, Watson split her time between working on films and continuing her education, graduating from Brown University with a bachelor’s degree in English literature in May 2014. Her modelling work has included campaigns for Burberry and Lancôme. She also lent her name to a line of clothing for People Tree. She was honoured by the British Academy of Film and Television Arts in 2014, winning British Artist of the Year. That same year, she was appointed as a UN Women Goodwill ambassador and helped launch the UN Women campaign HeForShe, which encourages gender equality.

Watson was born on 15 April 1990 in Paris, France, to English lawyers Jacqueline Luesby and Chris Watson. Watson lived in Maisons-Laffitte near Paris until the age of five. Her parents divorced when she was young, and Watson moved to England to live with her mother in Oxfordshire while spending weekends at her father’s house in London. Watson has said she speaks some French, though “not as well” as she used to. After moving to Oxford with her mother and brother, she attended the Dragon School, remaining there until 2003. From the age of six, she wanted to become an actress, and trained at the Oxford branch of Stagecoach Theatre Arts, a part-time theatre school where she studied singing, dancing, and acting.

By the age of 10, Watson had performed in Stagecoach productions and school plays including Arthur: The Young Years and The Happy Prince, but she had never acted professionally prior to the Harry Potter series. After the Dragon School, Watson moved on to Headington School, Oxford. While on film sets, she and her castmates were tutored for up to five hours a day. In June 2006, she took GCSE school examinations in 10 subjects, achieving eight A* and two A grades. In May 2007, she took AS levels in English, Geography, Art, and History of Art. The following year, she dropped History of Art to pursue the three A levels, receiving an A grade in each subject.

Watson took a gap year after leaving school, to film Harry Potter and the Deathly Hallows beginning in February 2009, but said she intended to continue her studies and later confirmed that she had chosen Brown University in Providence, Rhode Island. In March 2011, after 18 months at the university, Watson announced that she was deferring her course for “a semester or two”, though she attended Worcester College, Oxford during the 2011–12 academic year as part of the Visiting Student Programme.

In an interview on The Ellen DeGeneres Show, Watson said just before graduation that it took five years to finish instead of four because, owing to her acting work, she “ended up taking two full semesters off”. On 25 May 2014, she graduated from Brown University with a bachelor’s degree in English literature. In 2013, she became certified to teach yoga and meditation. As part of this certification, she attended a week-long meditation course at a Canadian facility, in which residents are not allowed to speak, in order “to figure out how to be at home with myself”. In an interview with Elle Australia, she said that an uncertain future meant finding “a way to always feel safe and at home within myself. Because I can never rely on a physical place.”

Watson is single, which she described in 2019 with the self-coined phrase “self-partnered”. While promoting the film Noah, Watson was questioned about her faith, and she described herself as a spiritual Universalist.

In February 2016, Watson was appointed visiting fellow at Lady Margaret Hall, Oxford University. Marai Larasi, an activist on the issue of violence against women, was her guest to the 75th Golden Globe Awards in 2018.