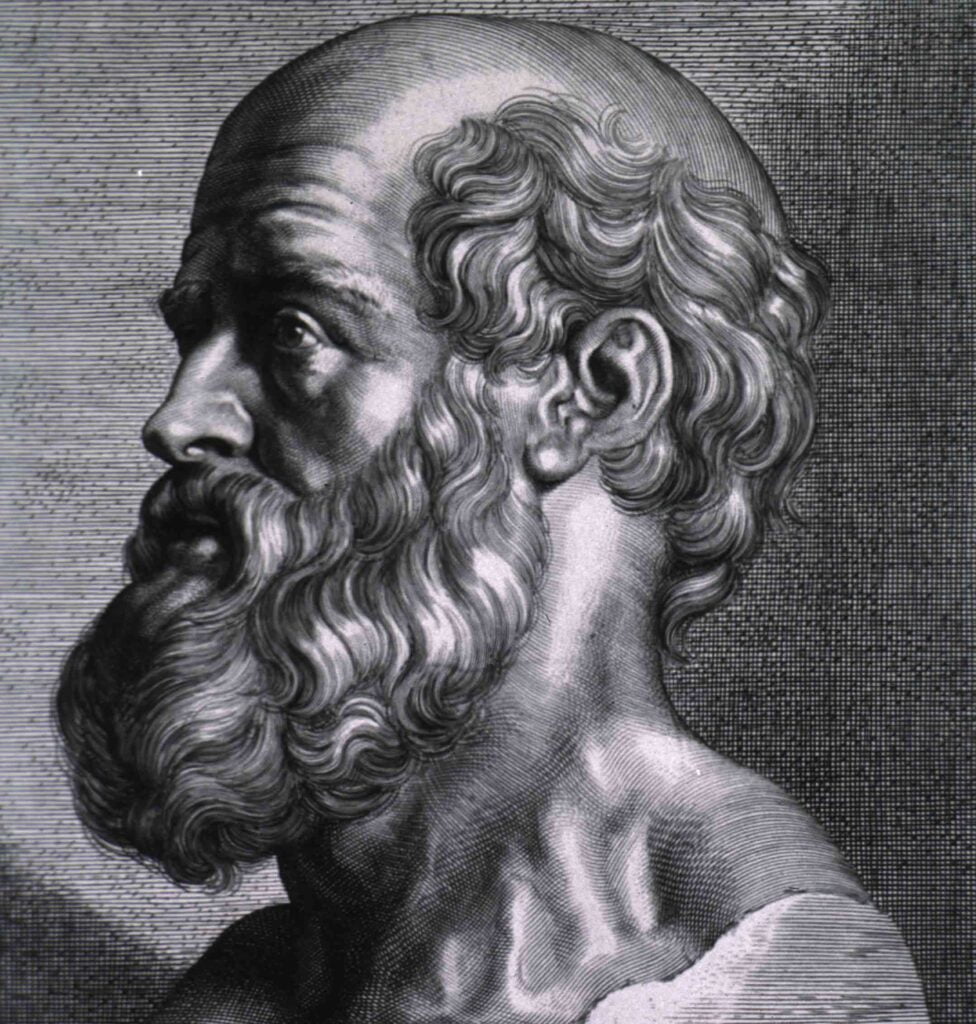 Title: The Father of Western Medicine

Hippocrates of Kos ( Hippokrátēs ho Kṓos; c. 460 – c. 370 BC), also known as Hippocrates II, was a Greek physician of the Age of Pericles (Classical Greece), who is considered one of the most outstanding figures in the history of medicine.

He is traditionally referred to as the “Father of Medicine” in recognition of his lasting contributions to the field, such as the use of prognosis and clinical observation, the systematic categorization of diseases, or the formulation of the humoral theory. The Hippocratic school of medicine revolutionized ancient Greek medicine, establishing it as a discipline distinct from other fields with which it had traditionally been associated (theurgy and philosophy), thus establishing medicine as a profession.

However, the achievements of the writers of the Corpus, the practitioners of Hippocratic medicine, and the actions of Hippocrates himself were often conflated; thus very little is known about what Hippocrates actually thought, wrote, and did. Hippocrates is commonly portrayed as the paragon of the ancient physician and credited with coining the Hippocratic Oath, which is still relevant and in use today.

He is also credited with greatly advancing the systematic study of clinical medicine, summing up the medical knowledge of previous schools, and prescribing practices for physicians through the Hippocratic Corpus and other works.

Historians agree that Hippocrates was born around the year 460 BC on the Greek island of Kos; other biographical information, however, is likely to be untrue.

Soranus of Ephesus, a 2nd-century Greek physician, was Hippocrates’ first biographer and is the source of most personal information about him. Later biographies are in the Suda of the 10th century AD, and in the works of John Tzetzes, Aristotle’s “Politics”, which date from the 4th century BC.

Soranus wrote that Hippocrates’ father was Heraclides, a physician, and his mother was Praxitela, daughter of Tizane. The two sons of Hippocrates, Thessalus, and Draco, and his son-in-law, Polybus, were his students. According to Galen, a later physician, Polybus was Hippocrates’ true successor, while Thessalus and Draco each had a son named Hippocrates (Hippocrates III and IV).

Soranus said that Hippocrates learned medicine from his father and grandfather (Hippocrates I), and studied other subjects with Democritus and Gorgias. Hippocrates was probably trained at the asklepieion of Kos and took lessons from the Thracian physician Herodicus of Selymbria. Plato mentions Hippocrates in two of his dialogues: in Protagoras, Plato describes Hippocrates as “Hippocrates of Kos, the Asclepiad”; while in Phaedrus, Plato suggests that “Hippocrates the Asclepiad” thought that a complete knowledge of the nature of the body was necessary for medicine.

Hippocrates taught and practiced medicine throughout his life, traveling at least as far as Thessaly, Thrace, and the Sea of Marmara. Several different accounts of his death exist. He died, probably in Larissa, at the age of 83, 85, or 90, though some say he lived to be well over 100.

Although Hippocrates did not found the school of medicine named after him, nor wrote most of the treatises attributed to him, he is traditionally regarded as the “Father of Medicine”. His contributions revolutionized the practice of medicine, but after his death the advancement stalled. So revered was Hippocrates that his teachings were largely taken as too great to be improved upon and no significant advancements of his methods were made for a long time.

The centuries after Hippocrates’ death were marked as much by retrograde movement as by further advancement. For instance, “after the Hippocratic period, the practice of taking clinical case-histories died out,” according to Fielding Garrison.

After Hippocrates, the next significant physician was Galen, a Greek who lived from AD 129 to AD 200. Galen perpetuated the tradition of Hippocratic medicine, making some advancements, but also some regressions. In the Middle Ages, the Islamic world adopted Hippocratic methods and developed new medical technologies.

After the European Renaissance, Hippocratic methods were revived in western Europe and even further expanded in the 19th century. Notable among those who employed Hippocrates’ rigorous clinical techniques were Thomas Sydenham, William Heberden, Jean-Martin Charcot, and William Osler. Henri Huchard, a French physician, said that these revivals make up “the whole history of internal medicine.”