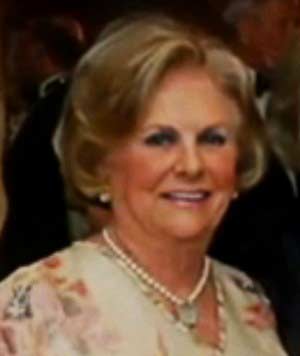 Jacqueline Mars (born October 10, 1939) is an American heiress and investor. She is the daughter of Audrey Ruth (Meyer) and Forrest Mars, Sr., and granddaughter of Frank C. Mars, founders of the American candy company Mars, Incorporated. As of July 2020, Mars was ranked by Forbes as the 29th richest person in the world, with a net worth of $30 billion and 19th in Forbes 400.

Jacqueline Mars was born on October 10, 1939. She attended and graduated from the boarding school Miss Hall’s School in Pittsfield, Massachusetts. She graduated from Bryn Mawr College in 1961 with a degree in anthropology.

Mars is an heiress to Mars, Inc. shares. As a member of the Mars family, Mars’ shares of Mars, Incorporated and other assets were estimated by Forbes magazine in January 2019 to be worth $23.5 billion, making her the 18th richest American, and #34 on its list of “The World’s Billionaires”. Mars was active in Mars, Inc. from 1982, when she joined the company as Food Product Group President, until her retirement in 2001. As reported by Forbes in June 2019, Mars is the wealthiest resident living in Virginia with an estimated 28.1 billion dollar net worth.

She is a trustee of the US Equestrian Team, and owns a working organic farm, which is protected by the Land Trust of Virginia. She sits on the board of directors for the Washington National Opera, the National Sporting Library and Fine Arts Museum. Mars also sits on the National Advisory Council of the Journey through Hallowed Ground, a foundation promoting American heritage in the region stretching from Gettysburg, Pennsylvania to Thomas Jefferson’s Monticello. Mars is a routine donor to the League of Conservation Voters. Mars received the inaugural Foundation for the National Archives’ Heritage Award.

On October 4, 2013, Mars was involved in a car accident on U.S. Route 50 in Aldie, near her home in The Plains in Northern Virginia. Her vehicle crossed the highway center line and struck a Chrysler minivan carrying six passengers. One person died at the scene, while another was pregnant and subsequently miscarried. Mars was charged with reckless driving, and told a witness after the accident that she had fallen asleep at the wheel. Mars subsequently pleaded guilty to the misdemeanor charge of reckless driving, with tests having revealed no drugs, alcohol or medications in her system that could have caused a blackout.