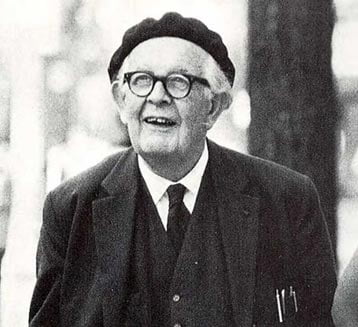 Known for: Constructivism, History of psychology

Jean Piaget (9 August 1896 – 16 September 1980) was a Swiss psychologist known for his work on child development. Piaget’s theory of cognitive development and epistemological view are together called “genetic epistemology”.

Piaget placed great importance on the education of children. As the Director of the International Bureau of Education, he declared in 1934 that “only education is capable of saving our societies from possible collapse, whether violent, or gradual.” His theory of child development is studied in pre-service education programs. Educators continue to incorporate constructivist-based strategies.

Piaget created the International Center for Genetic Epistemology in Geneva in 1955 while on the faculty of the University of Geneva and directed the Center until his death in 1980. The number of collaborations that its founding made possible, and their impact, ultimately led to the Center being referred to in the scholarly literature as “Piaget’s factory”.

According to Ernst von Glasersfeld, Jean Piaget was “the great pioneer of the constructivist theory of knowing.” However, his ideas did not become widely popularized until the 1960s. This then led to the emergence of the study of development as a major sub-discipline in psychology. By the end of the 20th century, Piaget was second only to B. F. Skinner as the most cited psychologist of that era.