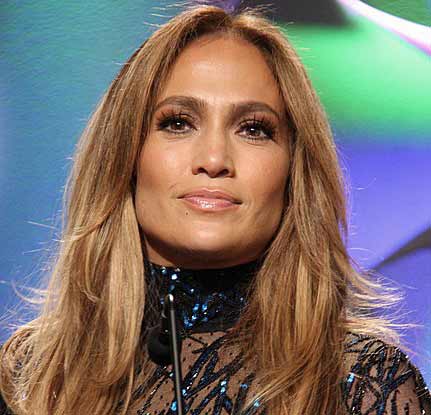 Jennifer Lynn Lopez (born July 24, 1969), also known by her nickname J.Lo, is an American actress, singer, dancer, fashion designer, producer, and businesswoman. In 1991, Lopez began appearing as a Fly Girl dancer on In Living Color, where she remained a regular until she decided to pursue an acting career in 1993. For her first leading role in the 1997 Selena biopic of the same name, Lopez received a Golden Globe nomination and became the first Latin actress to earn over US$1 million for a film. She went on to star in Anaconda (1997) and Out of Sight (1998), later establishing herself as the highest-paid Latin actress in Hollywood.

Lopez ventured into the music industry with her debut studio album On the 6 (1999), which helped propel the Latin pop movement in American music. With the simultaneous release of her second studio album J.Lo and her romantic comedy The Wedding Planner in 2001, Lopez became the first woman to have a number-one album and film in the same week. Her 2002 remix album, J to tha L–O! The Remixes, became the first in history to debut atop the US Billboard 200. Later that year, she released her third studio album This Is Me… Then, and starred in the US box office number-one Maid in Manhattan.

After starring in Gigli (2003), a critical and commercial failure, Lopez subsequently starred in the successful romantic comedies Shall We Dance? (2004) and Monster-in-Law (2005). Her fifth studio album, Como Ama una Mujer (2007), received the highest first-week sales for a debut Spanish album in the United States. Following an unsuccessful period, she returned to prominence in 2011 with her appearance as a judge on American Idol, and released her seventh studio album Love?. From 2016 to 2018, she starred in the crime drama series Shades of Blue and performed a residency show, Jennifer Lopez: All I Have, at Planet Hollywood Las Vegas. Since 2017, Lopez has produced and served as a judge on World of Dance. In 2019, she garnered critical acclaim for her performance as a stripper in the crime drama Hustlers, which earned her Golden Globe and Screen Actors Guild Award nominations.

With a cumulative film gross of US$3.1 billion and estimated global sales of 70 million records, Lopez is regarded as the most influential Latin entertainer in the United States. In 2012, Forbes ranked her as the most powerful celebrity in the world, as well as the 38th most powerful woman in the world. Time listed her among the 100 most influential people in the world in 2018. Her most successful singles on the US Billboard Hot 100 include: “If You Had My Love”, “I’m Real”, “Ain’t It Funny”, “All I Have”, and “On the Floor”, the lattermost of which is one of the best-selling singles of all time. For her contributions to the recording industry, Lopez has received a landmark star on the Hollywood Walk of Fame, the Billboard Icon Award, and the Michael Jackson Video Vanguard Award among other honors. Her other ventures include clothing lines, fragrances, a production company, and a charitable foundation.

Jennifer Lynn Lopez was born on July 24, 1969, in The Bronx borough of New York City, to Puerto Rican parents Guadalupe Rodríguez and David López. She has an older sister, Leslie, and a younger sister, Lynda, a journalist. David worked the night shift at the Guardian Insurance Company before becoming a computer technician at the firm, while Guadalupe was a homemaker. When Lopez was born, the family was living in a small apartment in the Castle Hill neighborhood. A few years later, her parents had saved up enough money to be able to purchase a two-story house, which was considered a big deal for the relatively poor family. At the age of five, Lopez began taking singing and dancing lessons. She toured New York with her school when she was seven years old. Her parents stressed the importance of work ethic and being able to speak English. They encouraged their three daughters to put on performances at home—singing and dancing in front of each other and their friends so that they would stay “out of trouble”. Lopez spent her entire academic career in Catholic schools, finishing at Preston High School. In school, Lopez did gymnastics, ran track on a national level, and was a member of the school’s softball team. She excelled athletically rather than academically, competing in national track championships.

While attending her final year of high school, Lopez learned about a film casting that was seeking several teenage girls for small roles. She auditioned and was cast in My Little Girl (1986), a low-budget film co-written and directed by Connie Kaiserman. Lopez acted as Myra, a young woman at a center for troubled girls. After she finished filming her role in the film, Lopez realized that she wanted to become a “famous movie star”. To please her parents, though, she enrolled in Baruch College, only to drop out after one semester. She told her parents about her dream of becoming a movie star, but they insisted that it was a “really stupid” idea and that “no Latinos did that”. The differences in opinions led Lopez to move out of their family home and into an apartment in Manhattan. During this period, Lopez performed in regional productions of the musicals Jesus Christ Superstar and Oklahoma!. From there, she was hired for the chorus in a Golden Musicals of Broadway, which toured Europe for five months. She was unhappy with the role, as she was the only member of the chorus not to have a solo. She later got a job on the show Synchronicity in Japan, where she acted as a dancer, singer, and choreographer.

Lopez was selected as a backup dancer for the New Kids on the Block in 1991 and performed with them during their performance of “Games” at the 18th Annual American Music Awards. Shortly after, Lopez gained her first regular high-profile job as a Fly Girl dancer on the television program In Living Color. She applied for the job after one of the cast members was unable to continue with the show. Out of 2,000 applicants, Lopez made it to the finals. She was the runner-up but eventually received the role when the winner was unable to accept the job. She moved to Los Angeles to film the series and remained a regular cast member until 1993, when she decided to pursue a full-time acting career. Prior to leaving the show, Lopez briefly worked as a backup dancer for American recording artist Janet Jackson. Lopez was set to tour with Jackson on her Janet World Tour in late 1993 but backed out as she wanted to do her “own thing”.

Lopez received her first professional acting gig in the direct-to-video drama film Lost in the Wild (1993), co-starring with Lindsay Wagner and Robert Loggia. Later in 1993, Lopez signed a deal with CBS to co-star in the television series Second Chances. Lopez received her first major big-screen role in Gregory Nava’s 1995 drama My Family portraying Young Maria. Although her role was uncredited, Lopez received an Independent Spirit Award for Best Supporting Female nomination for her performance. In November 1995, Lopez starred in Money Train alongside Wesley Snipes and Woody Harrelson as New York City transit cops. In August 1996, Lopez had a supporting role in the comedy Jack.

Lopez’s personal life has attracted widespread media attention. From February 22, 1997, to January 1998, she was married to Cuban waiter Ojani Noa. Since their brief marriage, Lopez has endured many legal troubles regarding her relationship with Noa. In April 2006, she sued to prevent him from publishing a book about their marriage, contending that it violated their confidentiality agreement. The following year, a court-appointed arbitrator issued a permanent injunction forbidding Noa from “criticizing, denigrating, casting in a negative light or otherwise disparaging” Lopez. She was awarded $545,000 in compensatory damages and Noa was ordered to hand over all copies of materials related to the book to Lopez or her attorney. A lawsuit regarding a compromising private honeymoon video in Noa’s possession is presently running.

While working on her first album, On the 6, Lopez began dating record producer and rapper Sean Combs. On December 27, 1999, the couple was arrested along with two others in connection with a shooting outside a Times Square club. They were charged with criminal possession of a weapon as well as stolen property. Lopez was soon exonerated, having had nothing to do with the crime. However, Combs was charged and indicted by a Manhattan grand jury. After leaving Combs, Lopez developed a relationship with former back-up dancer Cris Judd, to whom she was married from September 29, 2001, to June 2002. Following her second divorce due to irreconcilable differences, she commenced a high-profile relationship with actor and director Ben Affleck, to whom she became engaged in November 2002. The media began to refer to them as “Bennifer”, and they became a prominent supercouple in the media and popular culture. Bennifer became a popular term, which was eventually entered into urban dictionaries and neologism dictionaries as notable, as the name blend started the trend of other celebrity couples being referred to by the combination of their first names. The couple postponed their nuptials indefinitely a day prior to the planned ceremony in September 2003, citing the media’s interference with the event as the reason.

Lopez’s break-up with Affleck in January 2004 was her “first real heartbreak”. She described her next relationship, with her longtime friend, Marc Anthony (real name: Marco Antonio Muñiz), as an attempt to “find someone who could make me feel loved and wanted in my loneliest hour … Thinking back, maybe deep down I knew that this was a Band-Aid on the cut.” She married Anthony that June, and lived in Brookville, New York. Two men attempted to ransom a private wedding video that was stolen from the couple for one million dollars; however, they were arraigned in Manhattan Criminal Court on charges of conspiracy, attempted grand larceny and possession of stolen property. On November 7, 2007, during the final night of their co-headlining tour, Lopez and Anthony officially confirmed that they were expecting their first child. The announcement ended months of speculation over the pregnancy. Her father confirmed that the couple were expecting twins, revealing that it runs in the family: “My sister also had twins, so it’s a hereditary thing.” Lopez, who is a Roman Catholic, has stated that her faith discouraged her from pursuing in vitro fertilization treatment while trying to get pregnant.

Lopez gave birth to a son and a daughter on Long Island, on February 22, 2008. The twins were introduced in the March 11, 2008, issue of People, for which the magazine paid a reported $6 million; the photographs of the twins became the most expensive celebrity picture ever taken at the time. Three years later in July 2011, the couple announced their split, with Anthony filing for divorce in April 2012. Their divorce was finalized on June 16, 2014, with Lopez retaining primary physical custody of the two children. On December 31, 2014, she legally changed her name back to Jennifer Lopez, dropping Anthony’s last name (Muñiz).

Lopez had an on-off relationship with her former backup dancer Casper Smart from October 2011 to August 2016.

In March 2018, Lopez opened up about her own Me Too movement story of being sexually harassed by a director early on in her career, when she was asked to take her top off during one of her first films. Lopez has also been an active advocate for the Time’s Up movement.