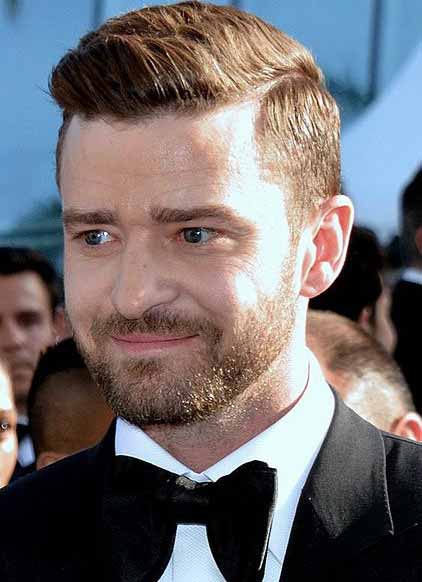 Justin Randall Timberlake (born January 31, 1981), occasionally known by his initials JT, is an American singer, songwriter, actor, and record producer. Raised in Tennessee, he appeared on the television shows Star Search and The All-New Mickey Mouse Club as a child. In the late 1990s, Timberlake rose to prominence as one of the two lead vocalists and youngest member of NSYNC, which eventually became one of the best-selling boy bands of all time. Timberlake won two Grammy Awards for his R&B-focused debut solo album Justified (2002) and its single “Cry Me a River”. Another single from the album, “Rock Your Body”, was also successful.

His critically acclaimed sophomore album FutureSex/LoveSounds (2006), characterized by its diversity in music genres, debuted atop the U.S. Billboard 200 and produced the Hot 100 number-one singles “SexyBack”, “My Love”, and “What Goes Around… Comes Around”. Established as a solo artist worldwide, his first two albums both exceeded sales of 10 million copies, and he continued producing records and collaborating with other artists. From 2008 through 2012, Timberlake focused on his acting career, effectively putting his music career on hiatus. He held starring roles in the films The Social Network, Bad Teacher, Friends with Benefits, and In Time.

Timberlake resumed his music career in 2013 with his third and fourth albums The 20/20 Experience and The 20/20 Experience – 2 of 2, exploring neo soul styles, partly inspired by the expansive song structures of 1960s and 1970s rock. The former became the best-selling album of the year with the largest sales week in the US, and spawned the top-three singles “Suit & Tie” and “Mirrors”, while the latter produced the top-ten song “Not a Bad Thing”. For his live performances, including the eponymous concert tour for the albums, he began performing with his band The Tennessee Kids, composed by instrumentalists and dancers. Timberlake voiced Branch in DreamWorks Animation’s Trolls (2016), whose soundtrack includes his fifth Billboard Hot 100 chart-topping single, “Can’t Stop the Feeling!”. His fifth studio album Man of the Woods (2018) became his fourth number-one album in the US. Supported by the two top ten singles, “Filthy” and “Say Something”, it concluded 2018 as the sixth best-selling album of the year.

Being one of the world’s best-selling music artists, Timberlake has sold over 32 million albums and 56 million singles globally throughout his solo career. Often cited as a pop icon, Timberlake is the recipient of numerous awards and accolades, including ten Grammy Awards, four Emmy Awards, three Brit Awards, nine Billboard Music Awards, the Contemporary Icon Award by the Songwriters Hall of Fame, an honorary Doctor of Music degree from the Berklee College of Music, and the Michael Jackson Video Vanguard Award. According to Billboard in 2017, he is the best performing male soloist in the history of the Mainstream Top 40. Time named him one of the 100 most influential people in the world in 2007 and 2013. His other ventures include record label Tennman Records, fashion label William Rast, and the restaurants Destino and Southern Hospitality.

Justin Randall Timberlake was born on January 31, 1981 in Memphis, Tennessee to Lynn (Bomar) Harless and Charles Randall Timberlake, a Baptist church choir director. Timberlake grew up in Shelby Forest, a small community between Memphis and Millington. He has two half-brothers, Jonathan (born September 12, 1993) and Stephen (born August 14, 1998), from Charles’ second marriage to Lisa Perry. His half-sister Laura Katherine died shortly after birth on May 12, 1997, and is mentioned in his acknowledgments in the album NSYNC as “My Angel in Heaven”. His family circle includes a number of musicians; his grandfather introduced him to music from country artists like Johnny Cash and Willie Nelson. Performing as a child, Timberlake sang country and gospel music: at the age of 11, he appeared on the television show Star Search, performing country songs as “Justin Randall”. By that time, he began listening to rhythm and blues musicians from the 1960s and 70s, such as Al Green, Stevie Wonder and Marvin Gaye, and he had listening sessions with his father of studio albums by the Eagles and Bob Seger.

In 1993 and 1994, he was a cast member in The All-New Mickey Mouse Club, where his castmates included future girlfriend and singer Britney Spears, future tourmate Christina Aguilera, future bandmate JC Chasez, and future movie actors Ryan Gosling and Keri Russell. Timberlake then recruited Chasez to be in an all-male singing group, organized by boy band manager Lou Pearlman, that eventually became NSYNC.

In early 1999, Timberlake began dating fellow former The All-New Mickey Mouse Club cast member and singer Britney Spears. Their relationship ended abruptly in March 2002. Both Spears and Timberlake graduated high school via distance learning from the University of Nebraska High School; Timberlake received his diploma onstage during a concert in Memphis in 2000. In 2003, he was briefly linked to British singer Emma Bunton. In April 2003, he began dating actress Cameron Diaz soon after they met at the Nickelodeon Kids’ Choice Awards. After much speculation of breakups throughout their relationship, the couple split in December 2006 shortly after she introduced him as a musical guest on Saturday Night Live.

In January 2007, Timberlake began dating actress Jessica Biel. They became engaged in December 2011 and married on October 19, 2012, at the Borgo Egnazia resort in Fasano, Italy. Timberlake and Biel have one son, Silas Timberlake, born on April 11, 2015.

Forbes magazine began reporting on Timberlake’s earnings in 2008, calculating that he earned $44 million between June 2007 and June 2008 for his music, tour, commercials, and hospitality, making him the world’s 4th best-paid music personality at the time, above Madonna and Celine Dion. They placed him twelfth on the Celebrity 100 list and second on the “Best-Paid Celebrities Under 30” list. According to Billboard, Timberlake was the third highest-paid musician of 2013, with earnings of $31 million. He was ranked 26th with earnings of $57 million on the Celebrity 100 list for 2014, and 19th on the 2015 list with $63 million. Timberlake was listed at number three on Billboard Money-Makers List of 2014. Forbes listed him 41st on their 2019 Celebrity 100 list.

In October 2015, he was inducted into the Memphis Music Hall of Fame, becoming its youngest member. On April 30, 2018, Timberlake reunited with his NSYNC bandmates to receive a star on the Hollywood Walk of Fame. In 2019, Timberlake received a Contemporary Icon Award by the Songwriters Hall of Fame, and an honorary Doctor of Music degree from Berklee College of Music.

All four of Timberlake’s studio albums have been certified platinum or better by the RIAA and have received numerous awards. Worldwide sales figures for Justified stands at 10 million copies, FutureSex/LoveSounds at 10 million, and joint sales of The 20/20 Experience with 2 of 2 at 6 million copies. As of 2014, Timberlake has had seven songs exceed 3 million digital downloads in the United States with “SexyBack” (4.5), “4 Minutes”, “Dead and Gone”, “Suit & Tie”, “Mirrors”, “Holy Grail”, and “Can’t Stop the Feeling!”.

According to Billboard, FutureSex/LoveShow was the third highest-grossing concert tour of 2007 and highest solo. The 20/20 Experience World Tour was an international success and became Timberlake’s most successful tour to date. The tour was the highest-grossing led by a solo artist in 2014, and one of the highest grossing tours of the decade. For its associated album, The 20/20 Experience, Timberlake was named 2013 Artist of the Year with the top-selling album by iTunes’ annual list of best-sellers.

In the United States, five of Timberlake’s singles have topped the Billboard Hot 100, his most recent being “Can’t Stop the Feeling!”. The latter became the 41st Hot 100 number one song to be nominated for an Academy Award for Best Original Song. He topped nine Billboard Year-End charts for 2013, including Billboard 200 Artists and Billboard 200 Albums. For 2014, Timberlake was named Billboard Top Male Artist. Billboard published a list of “Greatest of All Time Pop Songs Artists” in 2017, where Timberlake ranked at number 5, being the top male soloist. The magazine also ranked him 25 on their “The Top 60 Male Artists of All-Time” list in 2018, and 64th on “The Hot 100’s Top Artists of All Time.” In 2019, Billboard ranked him 20th on their decade-end chart for “Top Artists” of the 2010s, and 74th on “Top 125 Greatest of All Time Artists Chart”.