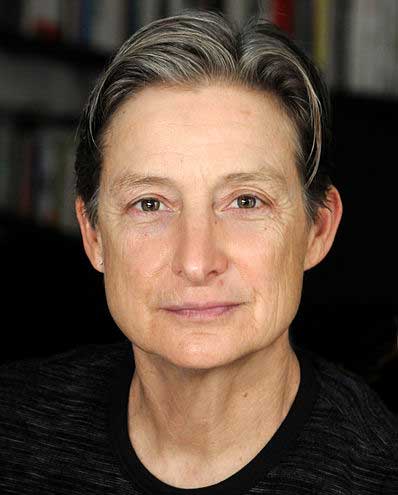 Judith Pamela Butler (born February 24, 1956) is an American philosopher and gender theorist whose work has influenced political philosophy, ethics, and the fields of third-wave feminist, queer, and literary theory. In 1993, Judith Butler began teaching at the University of California, Berkeley, where she has served, beginning in 1998, as the Maxine Elliot Professor in the Department of Comparative Literature and the Program of Critical Theory. She is also the Hannah Arendt Chair at the European Graduate School.

Butler is best known for her books Gender Trouble: Feminism and the Subversion of Identity (1990) and Bodies That Matter: On the Discursive Limits of Sex (1993), in which she challenges conventional notions of gender and develops her theory of gender performativity. This theory has had a major influence on feminist and queer scholarship. Her works are often studied in film studies courses emphasizing gender studies and performativity in discourse.

Butler has supported lesbian and gay rights movements and has spoken out on many contemporary political issues. In particular, she is a vocal critic of Zionism, Israeli politics, and its effect on the Israeli–Palestinian conflict, emphasizing that Israel does not and should not be taken to represent all Jews or Jewish opinion.