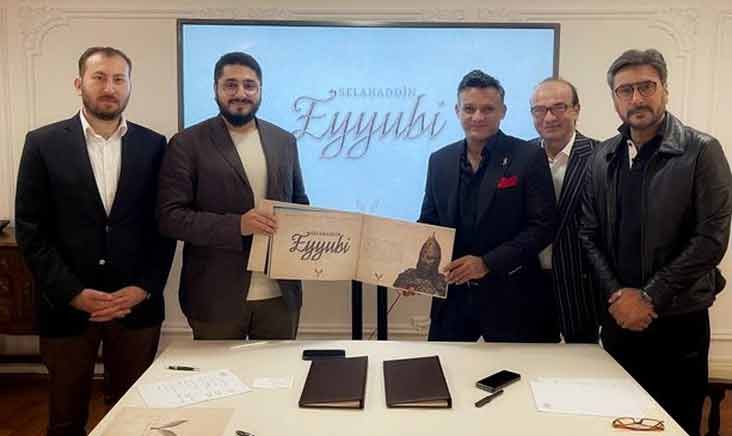 Pakistan and Turkey have announced to make a TV series on the life of Muslim hero Salahuddin Ayubi, which will be a joint project of production houses of the two countries.

In this regard, Ansari & Shah Films from Pakistan and Turkish production house Akli Films reached an agreement in Serbia on August 20.

“May God make this international project a hope for peace, love and coexistence for the people of the world,”

Adnan Siddiqui, an actor from Pakistan, was also present at the signing of the agreement. He wrote in an Instagram post: Looking forward to the good stuff.

A happy news on a blessed Friday night! Contract signed between Akli Films and Ansari&Shah Films about ‘Sultan Selahaddin Ayyubi’. May this international project, which will be prepared with the cooperation of Turkey and Pakistan, be beneficial to our country and our art world.

The actor further wrote, “We have teamed up to make a wonderful series on the life of the great warrior king Salahuddin Ayubi, share in our happiness.”

Producer Kashif Ansari also shared a photo and video in which Adnan Siddiqui explains why the agreement was made in Serbia instead of Turkey.

According to the actor, there is a 14-day quarantine in Turkey and I could not go, but Dr. Kashif Ansari and Dr. Junaid Ali Shah could have gone because one is an American and the other a British passport holder, so, I had a problem. Humayun Saeed could not come back due to his busy schedule otherwise he would have been here too.

Producer Kashif Ansari said that this is one of the most important days in the history of the world, including Pakistan, because based on the changes in the global political landscape, Pakistani and Turkish scholars, think tanks and politicians have thought of some things to come. What will be the role of Muslims in centuries? 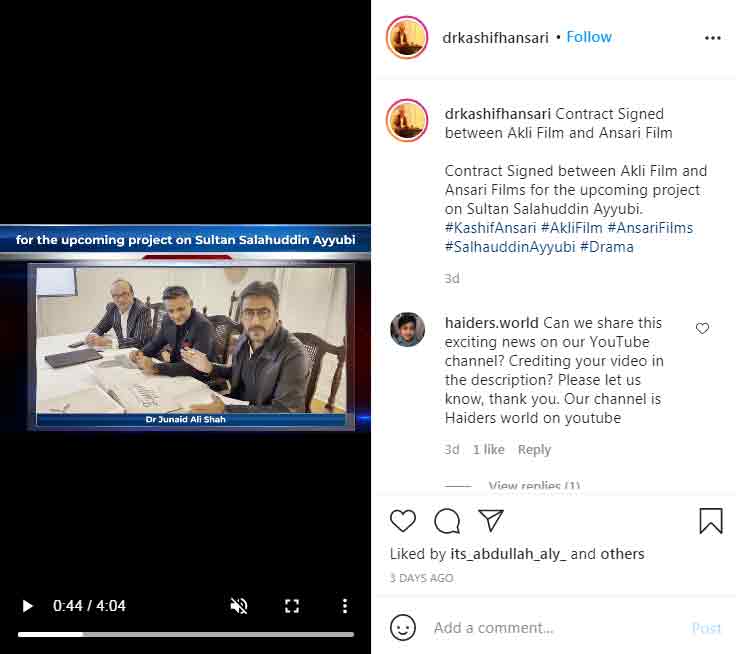 There will be 3 seasons of the series consisting of Turkish and Pakistani actors which will be shot in Turkey. According to Kashif Ansari, scriptwriters from both the countries have been hired.

He said that the project is difficult to complete but despite the difficulties, it is a joy to film the life of a person who has left his mark in history and the world.

Sultan Salahuddin Ayubi, the founder of the Ayubi Empire, defeated the Crusaders in 1187 and liberated Jerusalem nine decades later. He ruled Egypt, Syria, Yemen, Iraq and the Hejaz.

This is not the first joint project between Pakistan and Turkey. Earlier, Turkish production house Takdan Films and Ansari Film had signed an agreement in November 2020 to produce a joint drama.

In this regard, Humayun Saeed and Adnan Siddiqui had confirmed that under the agreement, a drama called ‘Turk Lala’ will be made, the first season of which will be released by 2023.