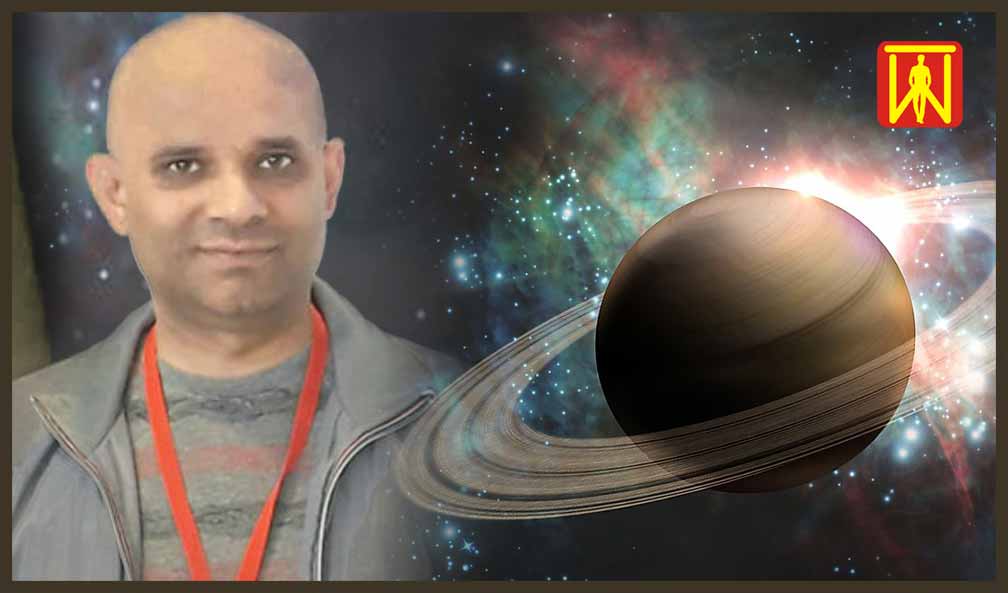 Lahore: The research of a team of scientists led by Pakistani scientist Dr. Nazir Khawaja and German scientist Dr. Frank Postberg had caused a stir all over the world.

In fact, there is an ocean of water beneath its icy layer that is warming due to the moon’s own gravitational pull and contains chemical elements that are considered essential for life.

Importantly, the discovery was made by a team of scientists led by a Pakistani scientist Dr. Nazir Khawaja and a German scientist Dr. Frank Postberg. At the same time, the research caused a stir around the world.

Last year, scientists used data from the Cassini spacecraft to determine the presence of essential elements for life in the ocean, including molecular hydrogen, below the surface of the Enceladus. Larger and more complex organic molecules have now been discovered in the new study, which is being hailed as a breakthrough in the search for space life.

Scientists say the discovery has “turned their minds”. Dr. Nazir Khawaja, a Pakistani scientist working for the Institute of Geosciences at the German University of Heidelberg, said that in the past Cassini had already discovered light-weight organic molecules in Enceladus, but that the organic molecules we discovered were complex organic. Were much smaller than the content.

“Before, we didn’t know if Saturn’s moon had this complex organic chemistry, but now we know,”

he said. According to Christopher Glenn, one of the authors of the study, the results show that Enceladus is a livable world.

The team collected data on the ocean floor below Enceladus when Cassini was able to collect samples from there during the last flight. The volume of organic molecules discovered by scientists is more than 200 atomic units, which is more than 10 times heavier than methane, these molecules are based on a structure that could potentially be a cross-chain of hydrocarbons.

According to Dr. Nazir Khawaja,

The simple scenario is that this complex organic material is formed into a hot and hydrothermal fully dynamic rock core and then moved up to the sea level.

This discovery opens up new opportunities, just like the hydrothermal vents in the earth, which are thought to be the cause of some forms of life.