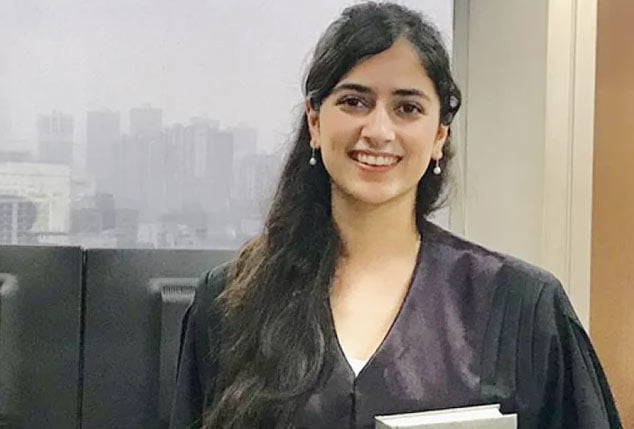 In the UK, Mashal Amir, a Pakistani woman lawyer, was awarded the Lady Diana Award for her social services.

Mashal Amir of Peshawar was awarded Britain’s highest Lady Diana Award in recognition of her services to welfare, social services and legal aid to migrants in many countries, including medical activities and the provision of food to deserving people.

Mashal Amir’s father, Prof. Dr. Amir Ghafoor, says he is happy because it will encourage other people in the province to educate their children and enable them to become world-class. Be able to work

Mashal Amir, a graduate of Cambridge University, is one of Scotland’s 30 most influential young people for social work.