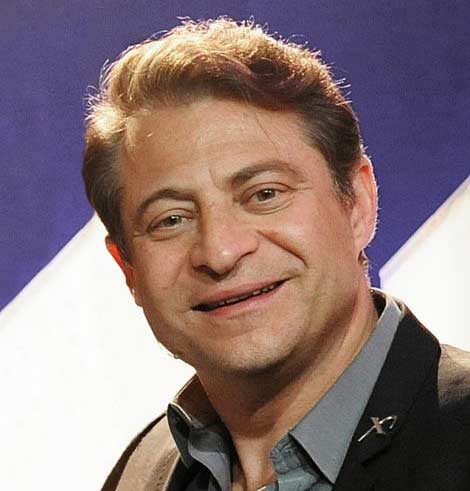 Diamandis is married to Kristen Hladecek, having proposed in 2004. They have twin boys born c.2012.

Diamandis was born in The Bronx, New York. His parents, both Greek immigrants, were in the medical business. His father was a physician. From a very early age, Diamandis expressed a keen interest in space exploration. At age 8, he began giving lectures on space to his family and friends. At age 12, Diamandis won first place in the Estes Rocket Design Competition for building a launch system able to simultaneously launch three rockets.

After graduating from Great Neck North High School in 1979, Diamandis attended Hamilton College for his first year, then transferred to the Massachusetts Institute of Technology to study biology and physics. During his second year at MIT in 1980, Diamandis cofounded Students for the Exploration and Development of Space.

Diamandis graduated from MIT in 1983 with a B.S. in molecular genetics. He then entered Harvard Medical School to pursue his M.D. During his second year of medical school, he cofounded the Space Generation Foundation to promote projects and programs that would help the “Space Generation”—all those born since the flight of Sputnik—get off the planet.

During his last year of medical school in 1989, Diamandis was acting as managing director of the International Space University and CEO of International Micro Space, a microsatellite launch company.

In 1986, Diamandis put his medical degree on hold and returned to MIT to pursue a master’s degree in aeronautics and astronautics, conducting research at NASA Johnson Space Center, the MIT Man Vehicle Laboratory and MIT’s Whitehead Biomedical Institute. After completing his M.S. at MIT, Diamandis returned to Harvard completing his M.D.

In 2012, alongside Steven Kotler, Diamandis coauthored Abundance: The Future Is Better Than You Think. The nonfiction work discusses the potential for exponential technology and three other emerging market forces to significantly raise global standards of living within the next 25 years.

Abundance was well-received; it was #2 on The New York Times Best Seller list and remained on the list for nine weeks. It was #1 on the non-fiction bestseller lists of Amazon and Barnes and Noble.

At the 2014 Clinton Global Initiative, former US president Bill Clinton recommended Abundance to readers as an antidote to negative news.

In 2015, again alongside of Steven Kotler, Diamandis coauthored another New York Times best selling book, Bold: How to Go Big, Create Wealth, and Impact the World. This nonfiction book provides analysis and instruction for entrepreneurs interested in learning about exponential technologies, moon-shot thinking and crowdsourcing.

January 28, 2020, Kotler and Diamandis released the third and final book in their series “The Exponential Mindset Trilogy”; which includes the books “Abundance” and “Bold”. The Future is Faster Than You Think: How Converging Technologies are Transforming Business, Industries, and Our Lives examines the revolutionary changes brought about by convergence.