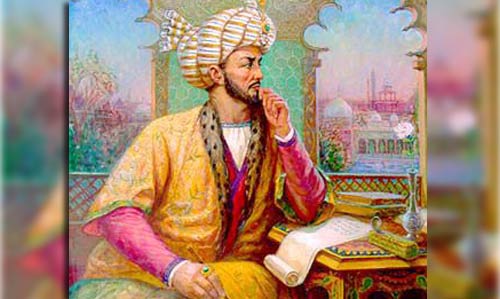 LAHORE: Prime Minister Imran Khan, who is on a visit to Uzbekistan, has announced that a film will be made with Uzbekistan on the life of King Zaheeruddin Babar, the founder of the Mughal Empire in the Indian subcontinent.

“We have decided to make a film on the great Mughal emperor Zahiruddin Babar,”

the prime minister told a press conference with the Uzbek president in Tashkent. The descendants of Zahiruddin Babar ruled India for 300 years, during which time India was considered one of the richest countries in the world, accounting for 24 to 25% of the world’s GDP.

Continuing, he said that India was a superpower of its time under Babar and I think the new generation of Pak-Uzbeks should know this. Such films will unite people from two regions.

The Prime Minister said that after making a film on Zaheer-ud-Din Babar, we will think about films on Allama Iqbal, Mirza Ghalib and Imam Bukhari. We hope that this will be a strong cultural exchange between the two countries.

It should be noted that Zahiruddin Babar, the founder of the Mughal Empire, was born on February 14, 1483 in Uzbekistan. He was a descendant of the Mongol ruler Timur, who opened his eyes to the house of Omar Sheikh Mirza, the governor of Fergana.

He conquered Samarkand in 1496 but soon lost it in a revolt. Later, Zahiruddin Babar conquered Kabul in 1504 and defeated Ibrahim Lodhi in Panipat in 1526 to establish the Mughal Empire. Which ended about 300 years later on Bahadur Shah Zafar.

Remember that Zaheer-ud-Din Babar is seen and described as a great conqueror, but at the same time he is also considered a writer and poet. Zaheer-ud-Din Babar is mentioned in history books but no film has ever been heard about him. However, several films have been made on the life of the third Mughal emperor Jalaluddin Muhammad Akbar.

It should be noted that this is not the first time that the Prime Minister has announced a cultural exchange with any country, he has made similar announcements with reference to Turkey in the past.

The Prime Minister had in the past expressed his desire to make a drama series with Turkey based on Islamic conquests and at his suggestion the Pakistani drama series Ertugrul was aired on Pakistan Television (PTV).