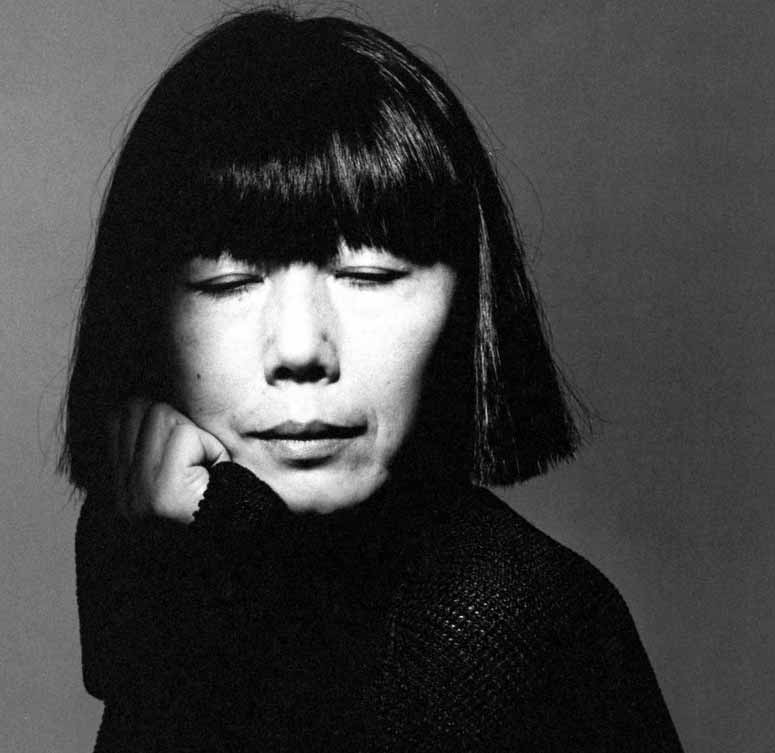 Rei Kawakubo (川久保 玲, Kawakubo Rei) (b. 1942) is a Japanese fashion designer based in Tokyo and Paris. She is the founder of Comme des Garçons and Dover Street Market. In recognition of the notable design contributions of Kawakubo, an exhibition of her designs entitled Rei Kawakubo/Commes des Garçons, Art of the In-Between opened on 5 May 2017 at the Metropolitan Museum of Art in New York City.

Rei Kawakubo was born on 11 October 1942 in Tokyo. Her early life in Japan was summarized by Judith Thurman in a New Yorker article from 2005 stating: “She was the oldest of her parents’ three children and their only daughter… Their father was an administrator at Keio University, a prestigious institution founded by the great Meiji educator and reformer Fukuzawa Yukichi, a champion of Western culture and, according to Kawakubo, of women’s rights.

Although not formally trained as a fashion designer, Kawakubo did study fine arts and literature at Keio University. As reported by Thurman, “In 1960, Kawakubo enrolled in her father’s university and took a degree in ‘the history of aesthetics’, a major that included the study of Asian and Western art.” After graduation in 1964, Kawakubo worked in the advertising department at the textile company Asahi Kasei and she went on to work as a freelance stylist in 1967.[1] Two years later, she began to design and make her own clothes under the label Comme des Garçons, French for “like some boys”, before incorporating the label in 1973.

Between the 1980s and 1990s Kawakubo was in a relationship with fellow ‘Hiroshima Chic’ fashion designer Yohji Yamamoto, but the relationship ended. Kawakubo later went on to marry Adrian Joffe, the current CEO of Comme des Garçons and Dover Street Market. She lives in Tokyo but often travels to Paris to visit her companies’ head offices in the Place Vendôme. She occasionally makes visits to her fashion shows.

An article in Vogue magazine in April 2017 summarized her relationship with Joffe stating: “Joffe, South African by birth and ten years Kawakubo’s junior, joined the company in 1987. He and Kawakubo married in 1992, at the Paris City Hall. It is a partnership with its own rhythms—while Joffe is based in Paris, his wife lives in Tokyo, in the upscale Aoyama neighborhood, walking distance to CDG’s flagship. (Kawakubo is reportedly the first one in the office in the morning and the last to leave at night.) When you see them together, he seems to serve as her protector—not just translating for her, but also shielding her from inquiries deemed too prying.”