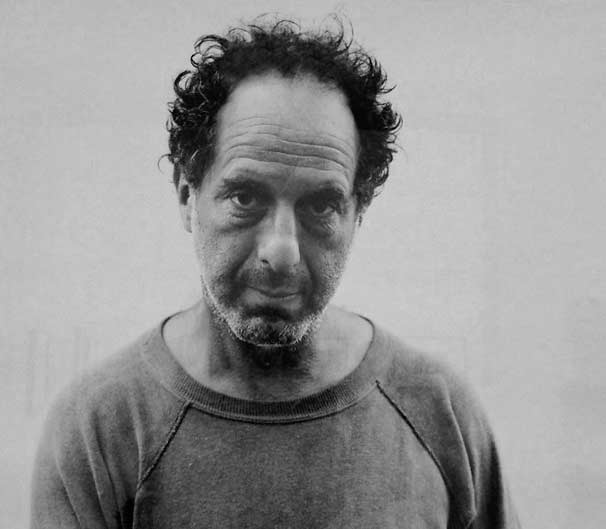 Robert Frank (November 9, 1924 – September 9, 2019) was a Swiss photographer and documentary filmmaker, who became an American binational. His most notable work, the 1958 book titled The Americans, earned Frank comparisons to a modern-day de Tocqueville for his fresh and nuanced outsider’s view of American society. Critic Sean O’Hagan, writing in The Guardian in 2014, said The Americans “changed the nature of photography, what it could say and how it could say it. it remains perhaps the most influential photography book of the 20th century.” Frank later expanded into film and video and experimented with manipulating photographs and photomontage.

Frank was born in Zürich, Switzerland, the son of Rosa (Zucker) and Hermann Frank. His family was Jewish. Robert states in Gerald Fox’s 2005 documentary Leaving Home, Coming Home that his mother, Rosa (other sources state her name as Regina), had a Swiss passport, while his father, Hermann originating from Frankfurt, Germany had become stateless after losing his German citizenship as a Jew. They had to apply for the Swiss citizenship of Robert and his older brother, Manfred. Though Frank and his family remained safe in Switzerland during World War II, the threat of Nazism nonetheless affected his understanding of oppression. He turned to photography, in part as a means to escape the confines of his business-oriented family and home, and trained under a few photographers and graphic designers before he created his first hand-made book of photographs, 40 Fotos, in 1946. Frank emigrated to the United States in 1947, and secured a job in New York City as a fashion photographer for Harper’s Bazaar.

In 1949, the new editor of Camera magazine, Walter Laubli (1902–1991), published a substantial portfolio of Jakob Tuggener pictures made at upper-class entertainments and in factories, alongside the work of the 25 year-old Frank who had just returned to his native Switzerland after two years abroad, with pages including some of his first pictures from New York. The magazine promoted the two as representatives of the ‘new photography’ of Switzerland.

Tuggener was a role model for the younger artist, first mentioned to him by Frank’s boss and mentor, Zurich commercial photographer Michael Wolgensinger (1913–1990) who understood that Frank was unsuited to the more mercenary application of the medium. Tuggener, as a serious artist who had left the commercial world behind, was the “one Frank really did love, from among all Swiss photographers,” according to Guido Magnaguagno and Fabrik, as a photo book, was a model for Frank’s Les Américains (‘The Americans’) published ten years later in Paris by Delpire, in 1958.

He soon left to travel in South America and Europe. He created another hand-made book of photographs that he shot in Peru, and returned to the U.S. in 1950. That year was momentous for Frank, who, after meeting Edward Steichen, participated in the group show 51 American Photographers at the Museum of Modern Art (MoMA); he also married fellow artist Mary Frank née Mary Lockspeiser, with whom he had two children, Andrea and Pablo.

Though he was initially optimistic about the United States’ society and culture, Frank’s perspective quickly changed as he confronted the fast pace of American life and what he saw as an overemphasis on money. He now saw America as an often bleak and lonely place, a perspective that became evident in his later photography. Frank’s own dissatisfaction with the control that editors exercised over his work also undoubtedly colored his experience. He continued to travel, moving his family briefly to Paris. In 1953, he returned to New York and continued to work as a freelance photojournalist for magazines including McCall’s, Vogue, and Fortune. Associating with other contemporary photographers such as Saul Leiter and Diane Arbus, he helped form what Jane Livingston has termed The New York School of photographers (not to be confused with the New York School of art) during the 1940s and 1950s.

In 1955, Frank received the further recognition that came the inclusion by Edward Steichen of seven his photographs (many more than most other contributors) in the world-touring Museum of Modern Art exhibition The Family of Man that was to be seen by 9 million visitors and with a popular catalogue that is still in print. Frank’s contributions had been taken in Spain (of a woman kissing her swaddled babe-in-arms), of a bowed old woman in Peru, a rheumy-eyed miner in Wales, and the others in England and the US, including two (one atypically soft-focus) of his wife in pregnancy, and one of six laughing women in the window of the White Tower Hamburger Stand on Fourteenth Street, New York City.

Though Frank continued to be interested in film and video, he returned to still images in the 1970s, publishing his second photographic book, The Lines of My Hand, in 1972. This work has been described as a “visual autobiography”, and consists largely of personal photographs. However, he largely gave up “straight” photography to instead create narratives out of constructed images and collages, incorporating words and multiple frames of images that were directly scratched and distorted on the negatives. None of this later work has achieved an impact comparable to that of The Americans. As some critics have pointed out, this is perhaps because Frank began playing with constructed images more than a decade after Robert Rauschenberg introduced his silkscreen composites—in contrast to The Americans, Frank’s later images simply were not beyond the pale of accepted technique and practice by that time.

Frank and Mary separated in 1969. He remarried, to sculptor June Leaf, and in 1971, moved to the community of Mabou, Nova Scotia in Cape Breton Island, Nova Scotia in Canada. In 1974, his daughter, Andrea, was killed in a plane crash in Tikal, Guatemala. Also around this time, his son, Pablo, was first hospitalized and diagnosed with schizophrenia. Much of Frank’s subsequent work dealt with the impact of the loss of both his daughter and subsequently his son, who died in an Allentown, Pennsylvania hospital in 1994. In 1995, in memory of his daughter he founded the Andrea Frank Foundation, which provides grants to artists.

After his move to Nova Scotia, Canada, Frank divided his time between his home there, in a former fisherman’s shack on the coast, and his Bleecker Street loft in New York. He acquired a reputation for being a recluse (particularly since the death of Andrea), declining most interviews and public appearances. He continued to accept eclectic assignments, however, such as photographing the 1984 Democratic National Convention, and directing music videos for artists such as New Order (“Run”), and Patti Smith (“Summer Cannibals”). Frank produced both films and still images, and helped organize several retrospectives of his art. His work has been represented by Pace/MacGill Gallery in New York since 1984. In 1994, the National Gallery of Art in Washington, D.C. presented the most comprehensive retrospective of Frank’s work to date, entitled Moving Out.