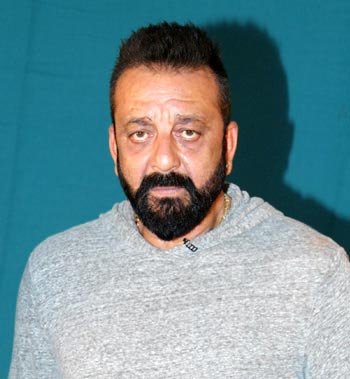 Sanjay Balraj Dutt is an Indian actor, author and film producer who works in Hindi films. He is the recipient of several awards, including two Filmfare Awards and three Screen Awards. Dutt acted in 187 films, ranging from romance to comedy genres, but is usually typecast in action genres, and established himself as one of the most popular Hindi film actors of the later 1990s, 2000s & 2010s.

The son of actors Sunil Dutt and Nargis, Dutt made his acting debut in Rocky (1981), which was directed by his father. The crime thriller Naam (1985) proved to be a turning point in his career, which was followed by a series of commercially successful films in that decade, including Jeete Hain Shaan Se (1988), Mardon Wali Baat (1988), Ilaaka (1989), Hum Bhi Insaan Hain (1989) and Kanoon Apna Apna (1989). He earned nominations for the Filmfare Award for Best Actor for Saajan (1991) and Khalnayak (1993). Dutt earned his first Best Actor at the ceremony for playing a common man-turned-gangster in Vaastav: The Reality (1999). Along with Vaastav: The Reality, he also won accolades for playing an army officer in Mission Kashmir (2001), a soft-hearted goofy gangster in Munna Bhai M.B.B.S. (2003) and its sequel Lage Raho Munna Bhai (2006).

Dutt was arrested under the TADA and the Arms Act in April 1993 and was convicted for violation of Arms Act for possession of illegal weapons procured from other accused in the 1993 Bombay bombings. After serving his sentence, he was released in 2016. Dutt’s life receives considerable media coverage in India, and in 2018, Sanju, a biopic based on his life (which also saw a special appearance by him), was released to positive reviews and emerged as one of the highest-grossers of Indian cinema.

Sanjay Balraj Dutt was born in a Punjabi family at Mumbai. His parents were noted cinema actors Sunil Dutt (born Balraj Dutt) and Nargis (born Fatima Rashid). He has two sisters, Priya Dutt and Namrata Dutt. His mother died in 1981, shortly before his debut film’s premiere; her death is cited as the instigator of his drug abuse. As a child actor, Dutt appeared briefly as a qawali singer in the 1972 film Reshma Aur Shera, which starred his father.