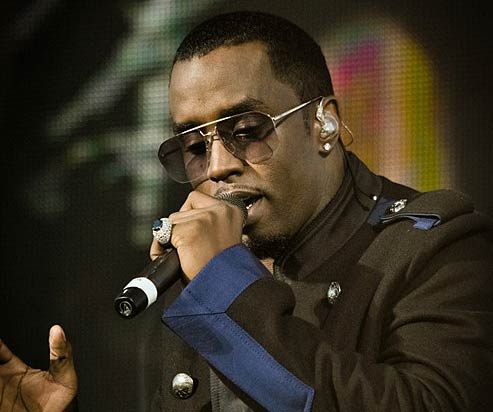 Combs’ debut album, No Way Out (1997), has been certified seven times platinum. No Way Out was followed by successful albums such as Forever (1999), The Saga Continues… (2001), and Press Play (2006). In 2009, Combs formed the musical group Dirty Money and released the critically and commercially successful album Last Train to Paris (2010). Combs also produced and cultivated artists such as Mary J. Blige and The Notorious B.I.G..

Combs has won three Grammy Awards and two MTV Video Music Awards, and is the producer of MTV’s Making the Band. In 2019, Forbes estimated his net worth at $740 million.

Sean John Combs was born on November 4, 1969 in Manhattan’s Harlem in New York City and was raised in Mount Vernon, New York. His mother, Janice (Smalls), was a model and teacher’s assistant and his father, Melvin Earl Combs, served in the U.S. Air Force and was an associate of convicted New York drug dealer Frank Lucas. At age 33, Melvin was shot to death while sitting in his car on Central Park West, when Combs was 2 years old.

Combs graduated from the Roman Catholic Mount Saint Michael Academy in 1987. He played football for the academy and his team won a division title in 1986. Combs said he was given the nickname Puff as a child, because he would “huff and puff” when he was angry.

Combs became an intern at New York’s Uptown Records. While working as a talent director at Uptown, he helped develop Jodeci and Mary J. Blige. In his college days Combs had a reputation for throwing parties, some of which attracted up to a thousand participants. In 1991, Combs promoted an AIDS fundraiser with Heavy D held at the City College of New York (CCNY) gymnasium, following a charity basketball game. The event was oversold, and a stampede occurred in which nine people died.

In 1993, after being fired from Uptown, Combs established his new label Bad Boy Entertainment as a joint venture with Arista Records, taking then-newcomer Christopher Wallace, better known as The Notorious B.I.G., with him. Both Wallace and Craig Mack quickly released hit singles, followed by successful LPs, particularly Wallace’s Ready to Die. Combs signed more acts to Bad Boy, including Carl Thomas, Faith Evans, 112, Total, and Father MC. The Hitmen, his in-house production team, worked with Jodeci, Mary J. Blige, Usher, Lil’ Kim, TLC, Mariah Carey, Boyz II Men, SWV, Aretha Franklin, and others. Mase and the Lox joined Bad Boy just as a widely publicized rivalry with the West Coast’s Death Row Records was beginning. Combs and Wallace were criticized and parodied by Tupac Shakur and Suge Knight in songs and interviews during the mid-1990s. During 1994–1995, Combs produced several songs for TLC’s CrazySexyCool, which finished the decade as number 25 on Billboard’s list of top pop albums of the decade.

Combs is the father of six children. His first biological child, Justin, was born in 1993 to designer Misa Hylton-Brim. Justin attended UCLA on a football scholarship.

Combs had an on-again, off-again relationship with Kimberly Porter, which lasted from 1994 to 2007. He raised and adopted Quincy (born 1991), Porter’s son from a previous relationship with singer/producer Al B. Sure! Together they had a son, Christian (born 1998), and twin daughters, D’Lila Star and Jessie James (born 2006). Porter died of pneumonia on November 15, 2018.

Five months before the birth of his twins, Combs’ daughter Chance was born to Sarah Chapman. He took legal responsibility for Chance in October 2007.

Combs’ sons Quincy and Justin both appeared on MTV’s My Super Sweet 16. Combs threw Quincy a celebrity-studded party and gave him two cars as his 16th birthday present. For Justin’s 16th birthday, Combs presented him with a $360,000 Maybach car.

Combs owns a home in Alpine, New Jersey, which he purchased for $7 million.

Combs founded Daddy’s House Social Programs, an organization to help inner city youth, in 1995. Programs include tutoring, life skills classes, and an annual summer camp. Along with Jay-Z, he pledged $1 million to help support victims of Hurricane Katrina in 2005, and donated clothing from his Sean John line to victims. He has donated computers and books to New York schools.

Chicago Mayor Richard M. Daley named October 13, 2006, as “Diddy Day” in honor of Combs’ charity work. In 2008 Combs was honored with a star on the Hollywood Walk of Fame.

In 2014, Combs received an honorary doctorate from Howard University, where he gave the commencement speech for its 146th commencement ceremony. In his speech, Combs acknowledged that his experiences as a Howard student positively influenced his life. In 2016, Combs donated $1 million to Howard University to establish the Sean Combs Scholarship Fund to help students who are unable to pay their tuition.

Combs describes his wardrobe style as “swagger, timeless, diverse”. On September 2, 2007, Combs held his ninth annual “White Party”, at which guests are limited to an all-white dress code. The White Party, which has also been held in St. Tropez, was held in his home in East Hampton, New York. Combs stated, “This party is up there with the top three that I’ve thrown. It’s a party that has legendary status. It’s hard to throw a party that lives up to its legend.”

Combs was raised Roman Catholic, and was an altar server as a boy. In 2008 he told The Daily Telegraph that he does not adhere to any specific religious denomination. He said, “I just follow right from wrong, so I could pray in a synagogue or a mosque or a church. I believe that there is only one God.”

On July 3, 2020, Combs invited his Twitter followers to view a 3-hour Youtube video posted by Louis Farrakhan. In the video Farrakhan made multiple anti-Semitic comments and repeatedly used the phrase “Synagogue of Satan”. The video was removed from Youtube for violating its policy against hate speech.

In response to rapper Nick Cannon being fired on July 14, 2020 from ViacomCBS for espousing anti-Semitic views, Combs tweeted that Cannon should “come home to RevoltTv” saying “We got your back and love you and what you have done for the culture.”