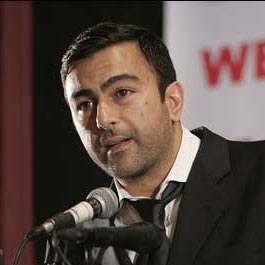 Armaghan Shahid (Urdu: ارمُغان شاہِد ‎; born 27 April 1971), better known by his stage names Shaan Shahid (Urdu: شان شاہِد ‎) and Shaan, is a Pakistani actor, producer, model, writer and a film director. Shaan has established himself as one of the most popular leading actors of Pakistan. Shaan started his acting career in 1990 by making debut in Javed Fazli’s film Bulandi opposite to Reema Khan. He has won many awards in Pakistan including one Pride of Performance, fifteen Nigar Awards, five Lux Style Awards, one Pakistan Media Award, ARY Film Award. He is considered as the highest-paid film star in Pakistan.

Armaghan Shahid, better known today as Shaan Shahid, was born in Lahore to director Riaz Shahid and theatre, film and television actress Neelo. His father was Muslim whereas his mother was a Punjabi Christian who embraced Islam. His paternal uncle Fiaz Shahid was a cameraman and producer for PTV in Islamabad.

He started out his early education at the prestigious Aitchison College. His first acting venture came out at a boy scout bonfire. He won the best actor award in a play called Alif Noon, playing a comedy character, but never took acting seriously as a career. After Aitchison, he left for New York, United States and joined Newtown High School. Dreaming of being a lawyer, he always thought he had the talent to become one. He stayed in New York for seven years, then returned to Pakistan for vacation where he took up the family business, Riaz Shahid Films. At the age of 19, he did his first film, Bulandi, which was released in 1990.