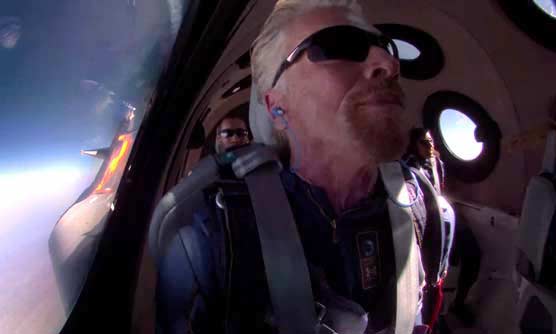 London: British billionaire businessman came to space in his own company’s plane. Seventy-year-old Richard Branson became the first person to travel to space in a commercial spaceship. He visited space in his company’s spacecraft.

According to the details, Richard Branson has become the first person to travel in space on his company’s commercial space flight.

Welcome to the dawn of a new space age #Unity22 @virgingalactic pic.twitter.com/Rlim1UGMkx

Reaching altitude, the rocket plane shut down the engine for a few moments, where the occupants of the spaceship floated in the air due to extremely low gravity.

The rocket returned a few moments later and the spacecraft landed safely. It took an hour yesterday to land from take off.

The spaceship was operated by two pilots and was accompanied by three technical experts.

A British businessman has announced a sudden space trip to overtake business rival Jeff Bezos’ space company. Jeff Bezos has announced that he will travel to space on July 20.