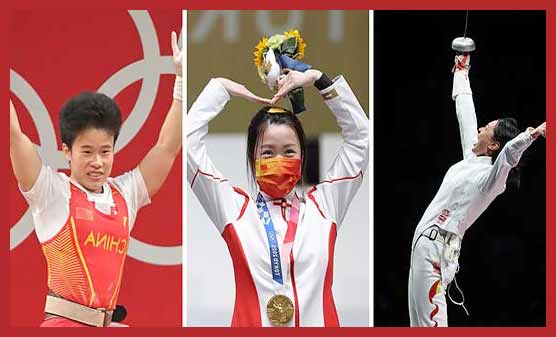 TOKYO: Athletes at the Tokyo Olympics showed great enthusiasm in the sports of basketball and long jump. The event became a sensation when the runner fell in the men’s race. China remains number one in the medal race.

According to the details, the enthusiasm in the ongoing Olympic Games in Japan has started to increase. Spain wins basketball game.

The excellent performance of the cyclists was also the focus. In the women’s long jump, the German athlete won. The event became a sensation when the 1500m men’s race accident became the center of attention.

The strength and skill of the athletes in weightlifting was to be seen. Boxers’ agility and boxing won hearts.

In the men’s soccer semi-final, hosts Japan lost to Spain, and a goalless draw against Brazil and Mexico was decided on penalty kicks.

China is still number one in the race. The United States is second and hosts Japan are third. The World Games will run until August 8.