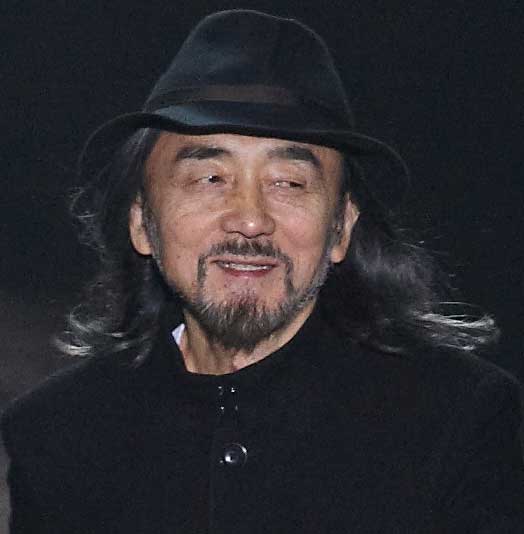 Yohji Yamamoto (山本 耀司, Yamamoto Yōji, born 1943) is a Japanese fashion designer based in Tokyo and Paris. Considered a master tailor alongside those such as Madeleine Vionnet, he is known for his avant-garde tailoring featuring Japanese design aesthetics.

Yamamoto has won notable awards for his contributions to fashion, including the Chevalier of Ordre des Arts et des Lettres, Medal of Honor with Purple Ribbon, the Ordre national du Mérite, the Royal Designer for Industry and the Master of Design award by Fashion Group International.

Born in Tokyo, Yamamoto graduated from Keio University with a degree in law in 1966. He gave up a prospective legal career to assist his mother in her dressmaking business, from where he learned his tailoring skills. He further studied fashion design at Bunka Fashion College, getting a degree in 1969.

Yamamoto debuted in Paris in 1981. In an interview with The New York Times in 1983, Yamamoto said of his designs, “I think that my men’s clothes look as good on women as my women’s clothing When I started designing, I wanted to make men’s clothes for women.” More recently he has expounded: “When I started making clothes for my line Y’s in 1977, all I wanted was for women to wear men’s clothes. I jumped on the idea of designing coats for women. It meant something to me – the idea of a coat guarding and hiding a woman’s body. I wanted to protect the woman’s body from something – maybe from men’s eyes or a cold wind.”

His commercially successful main line, Yohji Yamamoto (women/men) and Y’s, are especially popular in Tokyo. These two lines are also available at his flagship stores in Paris and Antwerp, and at high-end department stores worldwide. Other principal lines include Pour Homme, Costume d’Homme, and the diffusion line Coming Soon. Yohji Yamamoto Inc. reported in 2007 that the sales of Yamamoto’s two main lines average above $100 million annually.

Yamamoto is known for an avant-garde spirit in his clothing, frequently creating designs far removed from current trends. His signature oversized silhouettes often feature drapery in varying textures. Yohji’ collections are predominately made in black, a colour which Yamamoto has described as “modest and arrogant at the same time. Black is lazy and easy – but mysterious. But above all black says this: “I don’t bother you – don’t bother me”.

Yohji Yamamoto was invited to curate the second issue of A MAGAZINE curated by in 2005, following Martin Margiela.

Poor decisions by finance managers pushed the brand into debts of more than 65 million US dollars in 2009, which angered Yamamoto and led to a company restructuring from 2009 to 2010. The private equity firm Integral Corp was identified as the Japanese company who will restructure the Yohji Yamamoto Inc and by November 2010 the company was out of debt and avoiding the risk of bankruptcy.

Yohji has expressed a deep love for designing clothing, going so far as to say he ‘cannot imagine [himself] retired’.